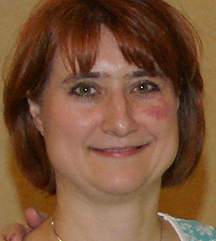 Alicia White is the director of KIMI Ohio. She became one of the first certified graduates of the School of Supernatural Children’s Ministry. She met Becky Fischer while hosting an equipping & training conference for parents and children leaders at their church in West Chester, OH.

Alicia recognized this was a life-changing message that transformed the way church looks at children and their role in the body of Christ. When more than fourteen churches of all denominations gathered for this conference, it became clear that the Lord was up to something. Alicia began using the KIMI curriculums. She saw immediate fruit in the children in her own family and the church.

Jason and Alicia White spent three years of assisting with the planting of a church in West Chester.  The helped impart the vision of God into the children and youth that God had given them there. Jason (a youth minister) and Alicia felt the Lord’s leading to prepare for their next commissioning. They founded their own ministry Chosen Stones Ministries  with a more direct focus on family discipleship. They began holding family conferences and monthly family services. Alicia’s anointing increased and she began writing her own powerful curriculum and family devotionals under Chosen Stones.

When it came time to establish a base in Ohio, Becky Fischer asked Alicia if she would partner with KIMI and become the director for KIMI Ohio. Alicia accepted. She will conduct School of Supernatural Children’s Ministry training events, as well as PowerClub training events in Ohio. She will also be available to speak in churches as a representative of Kids in Ministry to train children’s ministry teams, parents and grandparents while continuing Chosen Stones Ministries.

Currently Jason and Alicia and their four children reside in West Chester, OH.

You may contact Alicia for speaking engagements or training at kimiohio@ymail.com.