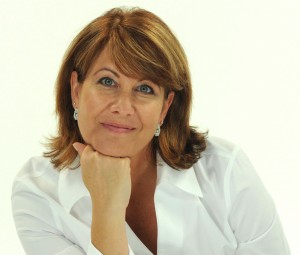 Babies and toddlers can see angels. In fact, it is in the preschool years a child is more naturally prophetic than they will be at any time in their lives. In this show we talk about babies and angels. My guest, Elizabeth Nixon, attorney,  author, public speaker, and Christian mother of a very prophetic three year old son, Joshua, will be sharing the numerous encounters Joshua has had with angels. She  will share the prophetic statements he has made that let them know he was picking things up in the spirit.

Many Christian parents today are raising prophetic children but don’t know it. Elizabeth will share her personal journey of what it’s been like to raise a prophetic child. She talks about her own childhood encounters with spirit beings and not having anyone who believed her. She shares practical advice on how to recognize the difference between true prophetic experiences and just a healthy imagination. 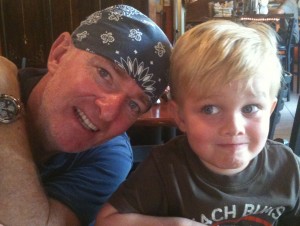 PARENTS ANSWERED THE QUESTION “DID YOUR CHILDREN EVER SEE ANGELS?” ON FACEBOOK:

Friederike Lehrbass My son did one time when he was sick. he saw angels in the 4 corners of the bedroom.

Anita Walton My granddaughter fell asleep during a prayer group once & afterwards the leader asked if anyone got anything. She told her about an angel that visited the prayer group. I think she was 5 or 6 at the time. She didn’t give a whole lot of detail other than she saw a big angel and he came to observe prayer.

La Breeska My six year old son (14 now) awoke in the night to a serpent sitting upright at the end of his bed talking to him. He told it to shut up, it had no right to speak to him, and to get out of his room, it had no right to be there. It promptly slithered away on it’s belly.

Sandi Neustadt when my son was little he used to see things with red glowing eyes outside the house. He would say don’t you see it mom? My wise Pastor said just tell him no you don’t but you believe he does, and pray! This is the outfit he would put on to patrol outside and fight them, telling them to be gone in Jesus name.

Russell Terrell I have a special needs sister and I am firm believer that angel come and visit her in her bed room at night. I was walking by her room one time when soon after she went to bed… I too was on my way to bed that night, and I saw a flash of light coming out from under her door and she was laughing hysterically and clapping her hands. It was quite the experience… and hilarious. Because we have never heard her play like that before. Me and my father-n-law have often had dreams of her talking and walking upright with her completely being healed. I know that will happen one day.

Sabrina Caraway I have 3 kids. All of them have seen/ do see in the spirit! We have nurtured this gift in them since they were itty bitty. They are 10,8 & 3 now. My oldest sees very clearly! My baby started seeing “balloons” floating (orbs) My middle child senses things . It’s sooooo much fun seeing their gifts …

Suzanne Dupuis Carroll I just had to share on this one! My son, Judah’s, first word was Light. He would point at the angels protecting us as we drove through Orange County, CA traffic during rush hour daily. He would watch them fly around and say “Light” “Light”. We would watch as cars going 60-80 mph would suddenly careen towards us and then away from us. We never had an accident! Thank you Lord for your amazing love!