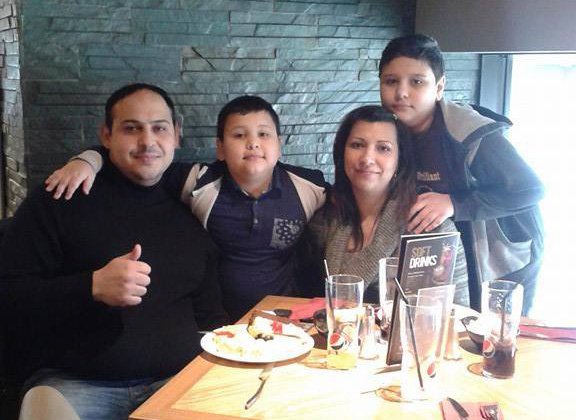 I love the stories that come from our KIMI leaders around the world. We have a brand new work that has been going for less than a year in the little country of Latvia. Our leader, Daina, recently sent me this testimony of a Gypsy family who all got born again. The children have been attending her PowerClub.

She wrote: “One day mother felt really ill. Her sons came in her room and realized that something is wrong. They both prayed for their mother. But she was feeling worth with every passing moment.

Their father was at work on that day. And did not know what is happening. But he came in for a very short moment and did not realize how serious his wife`s condition was. Kids urged him to pray for mom, but he was in a hurry and did not pay much attention. At some point her youngest son, Daniel (7 years old at that time) told his daddy to take Communion.

Dad quickly took what was needed from the house and run out the door. After a while he came back for a short moment, but now he saw how weak and helpless his wife had become. He finally listened to his youngest son`s advice.
They took Communion together. As soon as their mother took “the blood” (Communion juice), she felt like something popped out of her throat. She didn`t feel like she is going to die anymore. She recovered from her weak condition.

I [Daina] would say that this young boy`s listening ear to the Holy Spirit`s instructions and sensitive spirit saved his mother`s life on that day. It definitely was not only Communion, it was deliverance from oppressing evil spirit that tormented her.

Today they reside in Scotland, UK. And their mother is feeling well and healthy. All the family serves the Lord.”

(A photo of Daniel and his family, courtesy of Daina Vekmane, KIMI Latvia)