Boy Raises Baby from the Dead! 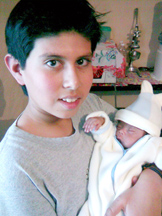 If this is a stretch for you to believe, I understand. I had to blink hard a couple times myself when this report first came in from our KIMI Mexico director Ana Lilia Zertuche in 2008. It’s easy for me to believe kids can heal the sick. I’ve seen it done over and over again. It’s easy for me to accept them as profound prayer warriors. It happens in almost every one of our conferences. It’s easy for me to acknowledge kids giving prophetic words to people very accurately. I’ve heard them do it repeatedly reading people’s private mail and changing people’s lives. And though I’ve never seen it personally, I have heard a number of stories where children have cast out devils. I believe it.

And I also believe kids can raise the dead. But in all my years of preaching this message I have only heard of one story where this actually happened. And it’s a 20 year old story told to me by a man in Africa. So when this story came in about one of our very own PowerClub kids, I wanted to get as many of the facts as possible and get it documented the best we could. Let me tell you the whole story the way the Espinoza family told us. 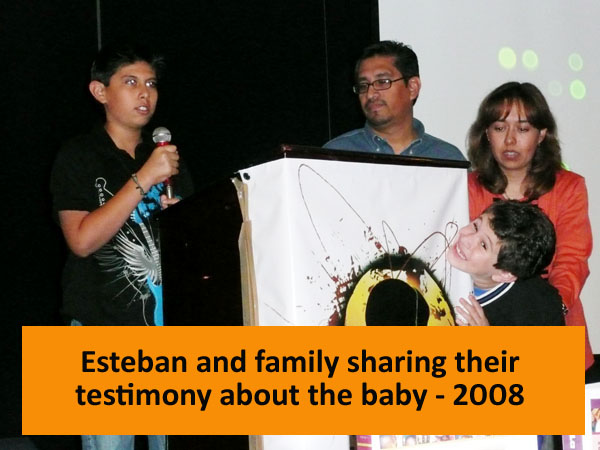 Hugo Espinoza, who lived in Mexico City saw the movie Jesus Camp. (Isn’t that interesting????) He wrote to us here in the states and wanted to get involved with our ministry because of what he saw in the movie. He said this was the kind of spiritual training he wanted for his own two boys, Esteban and David. So we put him in contact with Ana Lilia since she lives in Mexico. Hugo asked Ana Lilia to train him so he could begin a PowerClub in Mexico City.

He was so excited to begin. After training and receiving our KIMI curriculums in Spanish, he started with three kids, then eight, then twenty, and before long he had 100 children attending his PowerClub. Hugo began teaching these children with our KIMI curriculums for a year, specifically the one about Hearing God’s Voice. About that time, Hugo’s twelve year old son Esteban had a sudden appendicitis attack and was rushed to the hospital for surgery. While he was there, the report went out through the patients in the hospital that a little baby had died. It was a preemie, and the doctors had worked on him for at least two hours before giving up, pulling all life support from him, and announcing to the parents that little Ezekiel was officially dead. 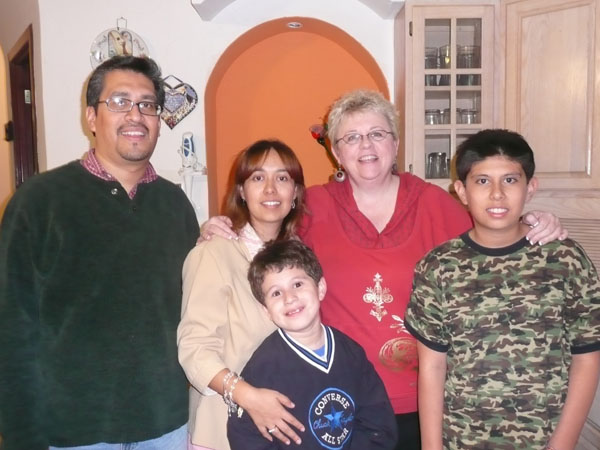 When Esteban heard the story heard God tell him clearly to go and pray for the baby to be resurrected. He immediately asked his mother if he could go. His mother tried to redirect him to pray for the parents who surely needed their prayers, but Esteban was insistent about praying that the baby would be resurrected.

Finally his mother led Esteban, still hooked up to his own IV’s, down the hallway to the baby’s room, but of course the nurses would not allow them to go in. Undaunted, Esteban began to pray in the hallway outside the door of the baby. He told me he could see the lifeless body of the infant laying on a table inside. Everyone around him heard his prayer for the baby to come back to life—the nurses, the other patients in the rooms around them, and anyone who was in the hallway that day.

Finally he was done and confidently declared to his mother, “The baby WILL be resurrected.” With that they went back to their own room. It looked like nothing happened at that moment. In fact, the parents of the baby had already signed the death certificate. But about a half an hour later, one of the nurses came running into his room with the news—the baby was indeed alive again! 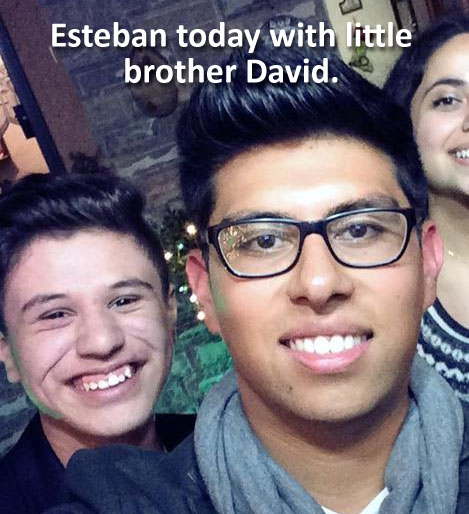 Everyone, including the doctors declared it an absolute miracle! Later Esteban and his family were able to visit little Ezekiel and his parents several times after the hospital allowed them to take little Ezekiel home. With the help of the Espinozas, the parents received Jesus as their savior and continued to declare, along with the doctors, that this is indeed a miracle! The doctors have no explanation for this.

Although we regularly teach children to hear God’s voice, be filled with the Spirit, give prophetic words, heal the sick, and much more, we don’t have a curriculum with any lessons teaching kids to raise the dead. This was a total God-thing! But just by teaching a little boy how to hear God’s voice he was able to be able to believe God for anything!

Everyone of us as parents, pastors, and children’s ministers should be deeply inspired and challenged to believe for even bigger and more amazing things through the children we are privileged to teach after hearing this story. Think of the responsibility we have to inspire and mentor and encourage our kids to believe for the unbelievable.