What Can our Kid’s Learn from the Movie Coco?

Kids in Ministry International News & Views What Can our Kid’s Learn from the Movie Coco?
December 18, 2017 beckyfischer 0 Comments

Will You Be Taking Your Kids To See The Movie Coco?

There Really is a Day of the Dead 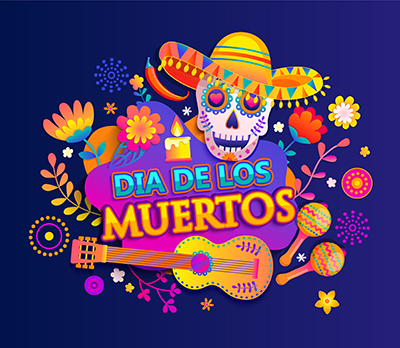 But the plot of the movie is based in a questionable true life occultic three-day celebration in Central and South America called the Day of the Dead, more accurately called the cult of the dead. You can easily Google it to see what it is all about. In short, during the day of the dead, people create altars to remember the dead, make traditional dishes for Day of the Dead. Some compare this to the American Halloween or All Saints day. And, yes, according to many missionaries and Christians in those countries I have been told many of these people actually believe the spirits of the dead come back to bless them or harm them.
God’s Word warns us not to go to spirits and soothsayers in Isaiah 8:19: “Should not a people inquire of their God? Why consult the dead on behalf of the living?” Deuteronomy 18:10-11 tells us that those who consult the dead are “detestable” to the Lord. The fact that UNESCO has declared the Feast Day of the Dead Indian to be a “masterpiece of oral and intangible heritage of humanity” does not alter the fact that, according to biblical standards, Christians must have nothing to do with such myths (1 Timothy 4:7; cf. 1:4).
According to UNESCO, the various manifestations of the Day of the Dead are “important representations of the living heritage of America and the world”; however, with all due respect, we must declare the biblical reasons why this traditional commemoration is spiritually harmful and offensive. When any tradition or custom is contrary to God’s will as expressed in His Word, there can be no justification for honoring and preserving it. In fact, those who do are foolishly provoking God’s wrath (2 Chronicles 33:6).
The Bible also says: “There shall not be found among you any one that makes his son or his daughter to pass through the fire, or that uses divination, or an observer of times, or an enchanter, or a witch. Or a charmer, or a consulter with familiar spirits, or a wizard, or a necromancer (someone who talks to the dead). For all that do these things are an abomination unto the Lord: and because of these abominations the Lord thy God doth drive them out from before thee” (Deuteronomy 18: 10-12).

Our God Given Imaginations & Kids

One of the most common arguments I hear from Christians who say there’s no harm in letting their kids enjoy these movies is that kids know the difference between reality and make-believe. The older ones do, yes. But the really young ones have more trouble differentiating. Regardless, one of the most incredible things about books and movies is their ability to trigger and captivate our imaginations. These stories take us into another world for a brief time, the world of make-believe and imagination.

Think about what Jesus had to say about our imaginations in Matthew 5:27-28, “You have heard it said you shall not commit adultery. But I tell you that anyone that looks at a woman lustfully has already committed adultery in his heart.”

What’s He saying? Lusting in one’s heart is strictly in the realm of imagination, but God still considers wrong thinking a sin. In regards to our children’s imaginations it’s the same thing. I’m not saying watching these movies is a sin—far from it! I am merely making the point that God considers what takes place in our imaginations as real as the actual act.

So what takes place when a child’s imagination is captured by talking dead people, or in the case of movies about magic and witchcraft? Do they inject themselves into the story line? Do they become sympathetic to activities, like putting curses on someone for good reasons? What happens when they movie is over, and now they want to “be” Coco, or play with make-believe dead people? Will you allow them to go to the store and buy the skeletons and Coco tablecloths, plates, cups and room decorations with skeletons everywhere for their birthday parties? What are your limits to their imaginations going to be? Where do you draw the line? 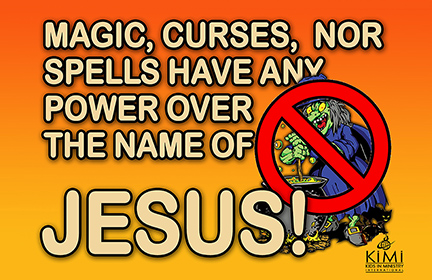 So, the question remains, and continues ad infinitum — do you take your Christian children to see such movies like the movie Coco or not? My personal opinion is that to do so can affect their spiritual discernment, especially when it is a repeated activity, meaning you go see these types with movies a lot.

If you want your child to walk triumphantly as a spiritual champion, don’t just slap their hands and say “No! Our family does not watch movies or read books like this!” Teach them why. Show them why in God’s word. Educate them intellectually so they can make an intelligent decisions of their own. Have deep conversations about the reality of what they are seeing. Your kids can take the truth when you are honest.
I actually recommend there are times you should watch these movies as a family and talk about them in light of scripture. Teach your children to be discerning about what they watch, and help them realize just because it’s popular it doesn’t mean it’s good. Teach them to have a biblical worldview, which is greatly lacking in these younger generations because they are largely biblically illiterate. Open the Bible together and actually read what it says on all matters of magic, witchcraft, witches, psychics, casting spells, and talking to the dead, which is incredible rampant in pop culture.
And throw in a few scriptures about drinking and eating blood, while you are at it, because eventually the topic of vampires will come up! Make sure they understand there is no such thing as good magic and black magic. In the Bible ALL magic is wrong. If you don’t know what the Bible says on these topics, its very easy to do an online search.

Being in the World, But Not of it

Create in them a respect for the Word of God. Create a hunger for them to hear God’s voice, be led by His Spirit, and walk holy and righteous, avoiding even the appearance of evil for the sake of Christ and the gospel, and to be pleasing to Christ in all we say and do.
When we desire for our children to walk in the supernatural power of God, we must acknowledge that God is not the only spirit out there that is supernatural. How will our children learn to discern the difference if we repeatedly allow this kind of entertainment to be a part of their lifestyle?
We can’t hide our children forever. It’s dangerous to leave them in the spiritual darkness, because the dark is getting darker all the time. So we have to teach our children to be in the world, but not of the world. Eventually they are going to have to make their own choices. How we educate them without getting hyper or freaked out about it will determine whether they embrace or rebel against what we do.
That’s my opinion. What’s yours? I would really love to hear from my Latino friends who have grown up around this.
Please consider getting my teaching “How the Kingdom of Darkness Operates in Children.”