Can Unsaved Kids Heal the Sick? 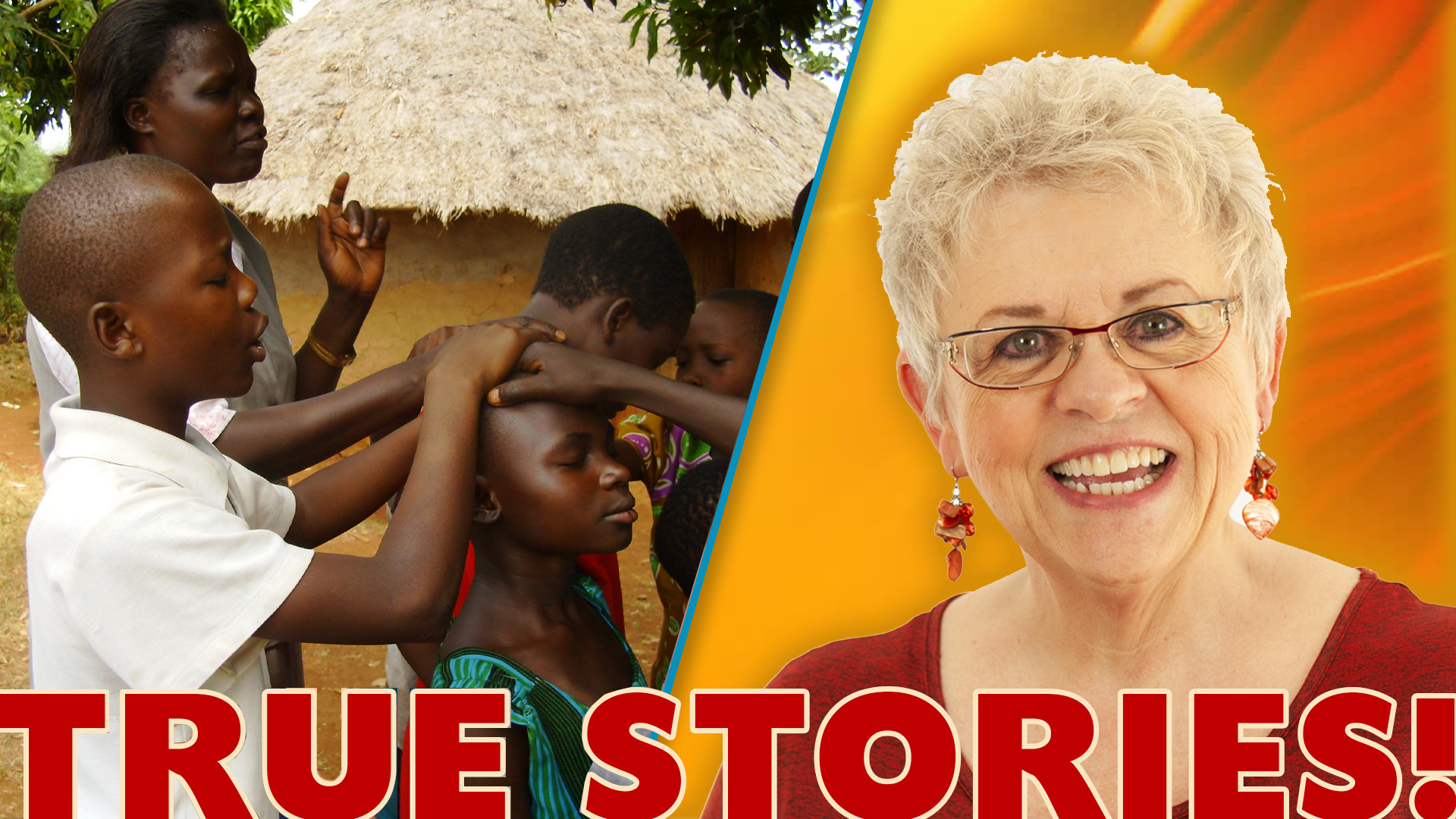 Let’s say you’re a kids pastor and you want to teach your kids on healing the sick one Sunday PLUS teach them how to lay hands on the sick and pray for healing. But the problem is, there’s a bunch of unsaved kids that show up that day and you know their parents aren’t Christians. Do you change your sermon and teach on something else? Or do you just tell the unsaved kids to step aside, and you just target everything to your Christian kids? Or do you let the unsaved kids get out of their seats and participate with everyone else in the learning process?

Now that might sound like a really strange question. So, let me ask it this way – WHO QUALIFIES TO HEAL THE SICK IN JESUS NAME? Can someone who is not a Christian do it?

Who Qualifies to Heal the Sick?

I’ll tell you what I think and give you some scriptures to chew on. But, first, I want to let you know about my 13 week kids church curriculum called, “I can Heal the Sick in Jesus’ Name.” Now we believe in teaching kids everything Jesus said believers can do. In this series we cover all of the things the Bible has to say about it like anointing the sick with oil, laying hands on the sick, calling for the elders of the Church and much, much more! This is a colorful, kid-friendly hands-on lesson series perfect for kids ages 6 to 12 for your children’s church

So back to the question – CAN KIDS FROM NON-CHRISTIAN HOMES HEAL THE SICK IN JESUS NAME? That’s what someone asked me this week. They wrote:

“I fully believe in healing, but it doesn’t make sense to me to teach or practice healing until you first tell children about Jesus and how to receive Him in their hearts. I am wondering if children who aren’t saved and aren’t being raised in a Christian home environment and have never been taught about healing should be taught to lay hands on their classmates and pray for them to be healed?”

Do the Kids Have to Be Born Again?

Well, what do you think? Here’s my opinion. What I’m about to say is probably going to be a bit controversial. OF COURSE, BY ALL MEANS TELL KIDS ABOUT JESUS SO THEY CAN BE BORN AGAIN. THAT SHOULD BE OUR HIGHEST PRIORITY! But if that hasn’t happened yet, based on my understanding of scripture as well as my years of experience in kids ministry, I personally see no harm in having young children from unsaved families participate in praying for the sick even if they are unsaved themself. Take Mark 16:15 for instance. It says “they that believe” shall lay hands on the sick and they will recover. Notice it does not say “they that are saved/born again/have prayed the prayer of salvation can heal the sick. It just says they that believe. Now, in our “Christianeze” minds, we can assume Jesus was implying Christians, until you remember that at that moment when He said it there were no Christians! There were disciples and followers of Christ, but it wasn’t until after the day of Pentecost that anyone actually became a born-again believer. This included Nicodemus, who came to Jesus by night and was the first one to be told that he could be born of the Spirit. What we sometimes miss in that story is that Nicodemus did not become born again at that moment because it was impossible, because Jesus had not yet died on the cross.

Then remember when Jesus first sent the disciples out to preach the kingdom and cast out devils and heal the sick in the early days of His ministry.  They came back rejoicing that “even the demons are subject to us in the name of Jesus.” BUT THEY WERE NOT YET BORN AGAIN! That didn’t happen UNTIL after Jesus died and was resurrected. Most Bible scholars point to John 20:22 when Jesus, who was now alive from the dead, went and showed Himself to his disciples.  When He breathed on them and said, “Receive the Holy Spirit–that was the moment of their salvation. So, prior to this, they were healing the sick and casting out demons in Jesus’ name as “unsaved” people, but as ‘believers” in the power and name of Jesus to do this.

I know, right? It really messes with our doctrine big time!

So, up until that poin,t the disciples were healing sick people as those who ‘believed” in Jesus and the power of His name, not as born-again believers. It’s faith in the name of Jesus and His power that heals the sick.

Are you still with me, or have you checked out? Hang in there because I’ve got a couple amazing true stories about kids along this line.

Not One of Us

Here’s another scriptural example. Do you remember in Mark 9 the disciples went running up to Jesus all upset?  “Teacher,” said John, “we saw someone driving out demons in your name and we told him to stop, because he was not one of us.”  “Do not stop him, “Jesus said, “For no one who does a miracle in my name cannot in the next moment say anything bad about me, for whoever is not against us is for us.”

So, if children come to your services who are not yet born again, and you teach on healing in Jesus’ name, and their little hearts are pricked and enlightened to this truth, and they believe everything you said, and are now inspired to pray for sick people in the name of Christ, who are you to say they can’t do it? Jesus says leave them alone!

In our ministry we have heard testimony after testimony of children who have gone home to their unbelieving families of ALL faiths and religions, and have prayed for their sick family members, seen them healed. Then, frequently, the parents convert to Christianity.

We had a fascinating testimony of a little boy in one of our PowerClub ministries in Uganda whose family was Muslim. The father would show up to their PowerClub meeting, furious that our leader was teaching his son about Jesus. He threatened our leader and commanded him to forbid his son from attending. Our leader sweetly explained to him that he cannot send any children away. It was the father’s job to keep him home.

Months of this went on, when, one day, the father became deathly ill. His little son went home, laid hands on his father and prayed for healing in the name of Jesus, and the father was instantly healed!

Rather sheepishly the father went back to our leader and said, “I don’t know what you are teaching my son, but it’s good. Keep it up.” The father got born again and ended up giving our leader a car and later gave them enough money to dig a water well for their school!

The father became member in the church. But he said he could not take up church leadership responsibility because he is too busy because he has 4 wives.

Isnt’ that hilarious! That sounds so strange to our western ears! 4 wives!

In Jesus’ Name, Be Healed!

We had another story from one of our PowerClubs in India. Our PowerClub leader taught on healing the sick. And one day a child from a Hindu family noticed his little brother was sick. He prayed silently for him, sort of under his breath, so no one in the family could hear him. But nothing happened. So, he got exasperated not seeing results. So, impatiently, he laid hands on his brother in front of the parents and prayed strongly, “IN THE NAME OF JESUS, be healed!” The little brother was instantly healed. Shortly afterwards, the parents went to the PowerClub leader asking, “Who is this god who heals?” They began attending the church, got saved, and even became sponsors of the PowerClub!

So, here’s my last story! Our leader in Burundi East Africa was conducting a PowerClub training seminar and was teaching the kids ministers who attended how to teach children in their clubs to heal the sick. The village children, with nothing else to do, were hanging in the open windows and doors watching and listening to everything our leader was teaching.

When it came time to show the leaders how to lay hands on the sick and pray, she decided to take advantage of all the kids, and invited all of them inside. She used them to demonstrate how to pray for healing in Jesus’ name. Now mind you, these were just unsaved village kids who were not from Christian homes.

It was a simple exercise of “do as I do and say what I say.” The children began to lay hands on the teachers, and she led them in a “repeat after me” prayer. Some had a headache. One was sick to their stomach, and so on. Every single leader who needed healing was instantly healed when those children prayed!

All the while there was this old man sitting outside who had been a crippled for many years. He had been watching and listening to everything that was going on. He called our leader to bring the children over to pray for him. We were told later that he had been known as the town drunk and a womanizer in his younger years. But now he was crippled and couldn’t walk. His adult kids would walk him down to the center of town every day, sit him on an old tree stump and he’d stay there until his kids came to pick him up at night and take him home.

So, these children from unbelieving families walked over with our PowerClub leader and laid hands on the old man and prayed for him the same way they had done to the other kids ministers with the guidance of our leader. The old man was instantly healed and immediately got up and began to walk without help and continued to do so for a long time. The next Sunday the old man, his wife, and five children went to church and got saved!!

When you start working with kids, a lot of our absolute this-is-the-way -it is doctrinal ideas are challenged. And in searching the scriptures, you see that anyone who believes can heal the sick in the name of Jesus. The ONLY requirement is believing it can happen and using His name. Then, frequently, it naturally leads to faith in Jesus as Lord and Savior!

Now if you want to hear more incredible true stories of children healing the sick, watch my video called “Kids Can Heal the Sick.” This was filmed in a live kids conference at King Jesus Ministries in Miami Fl, and you hear the immediate testimonies who were healed when the kids laid hands on them and prayed. I know you will love this. Ask your kids to watch it with you.

Thanks for reading, and I’ll talk to you next week.