Is Your Child a Prophet in the Making?

Kids in Ministry International News & Views Is Your Child a Prophet in the Making? 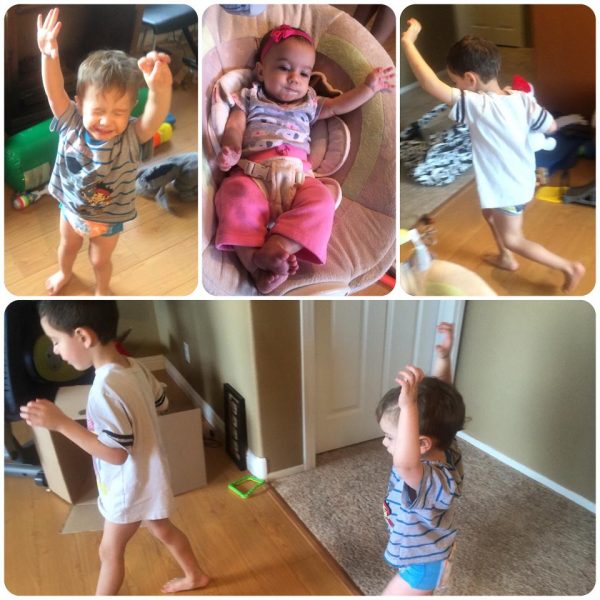 Do you have a prophetic child? I empathize!

My two grown children, Mary and Daniel, both began exhibiting their prophetic gifts at an early age. I know from firsthand experience that raising a prophetic child can be a unique, wonderful, and sometimes difficult challenge.

As you have probably noticed, prophetic children can sometimes seem out of step with the rest of the world. They can also be very headstrong.

When Mary (or Madison, as she calls herself) was little, she didn’t like the word no. I used to believe that James Dobson wrote his book The Strong-Willed Child (Tyndale House) just for me! (Parents who have prophetic kids tend to wear out several copies of Dobson’s book, if they’ve discovered it, before their children are 3 years old.)

One of the first indicators that Mary was prophetic was the ongoing altercation we had concerning the electrical outlets.

Upon learning to crawl, Mary decided she would stick her fingers into every outlet in the house. She seemed to have a thing for invisible power!

We bought little plug guards, but she always found a way to work them out of the wall. No matter how many times we would spank her little hand, she would go back for those outlets.

Another significant sign came when she was almost 4 years old. When I told her, “Mary, go upstairs and pick up your toys,” she mounted the steps, whirled around, pointed her little finger at me (pointing her finger was a strong clue) and announced, “I’m going to go tell God on you!”

This evolved into a finger-pointing match in which I said back to her, “You do, and He’ll tell you I’m right!”

Our children’s personalities can give us clues about their prophetic gifts. As you might expect, Mary’s gifts have continued to blossom in mostly overt ways.

Daniel is a different personality, however. As a child his rebellion was always more inward than outward.

His prophetic gifts have developed differently too. He is more of an intuitive seer (someone who literally or figuratively sees things in the Spirit) and is aware of the feelings and needs of others. 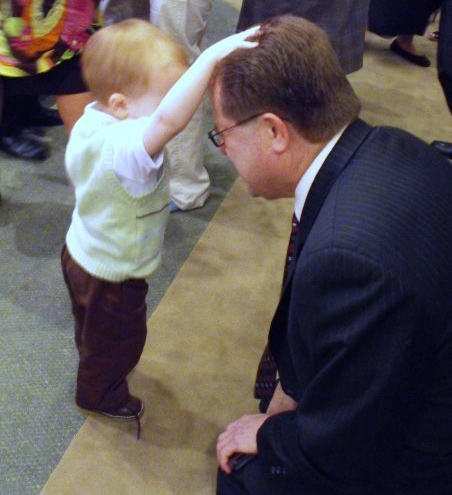 For example, let’s say a particular household comes under spiritual attack. At the time, two little boys are asleep in the same bedroom. The prophetic child wakes up screaming that monsters are in the room, while the other child, gifted in other areas, sleeps blissfully on.

The prophetic child, more keenly attuned to the spirit realm, senses that some kind of attack is taking place–whether or not he fully understands it.

A wise parent will not rebuke him and tell him the monsters are only imaginary. This shuts down his spiritual acuteness. Or it leaves him unprotected and vulnerable because he doesn’t have the skills to counter what he is sensing in the Spirit.

At times, of course, children do have dreams that are only imaginary. At other times, however, nightmares are the result of demonic attack. As parents, we need to ask God for help in discerning the difference.

Sometimes prophetically gifted kids are more spiritually sensitive than we are.

I remember one night when both Mary and Daniel awakened me. “Mother,” they said, “there are spirits all over the house. Please get up and pray now!”

“Where are they?” I groggily replied.

“In our bedrooms and the laundry room,” they answered in exasperation, frustrated that I hadn’t awakened before they did.

I guess they were the watchmen that night, and the Lord was letting Mom get some rest! Needless to say, I rolled out of bed to pray.

My husband, Mike, and I trained our children at an early age to know how to rebuke satanic attacks. We didn’t want them to be afraid.

Many prophetic children struggle with a stronghold of fear. Clearly, Satan wants to intimidate prophetic kids so they won’t rise to their calling in full spiritual authority.

When Daniel was about 4 years old, he started waking up in fear night after night. So I began working with him, teaching him 2 Timothy 1:7: “For God has not given us a spirit of fear, but of power and of love and of a sound mind” (NKJV).

One night there was tremendous spiritual oppression around us. It was so thick you could cut it with a knife.

In the wee hours of the morning, we heard loud shouting coming from Daniel’s bedroom. It was Daniel, and he was yelling at the top of his lungs.

“Devil,” he proclaimed, “God hasn’t given me a spirit of fear. I command you to leave my room right now. You have no authority or right in this room because I’m a child of the living God!”

Mike woke up, rolled over and murmured sleepily, “Cindy, can’t you teach him to do that quietly?”

I just laughed. I was thrilled at what I’d heard Daniel do!

Mary was also fiercely attacked in the night, particularly when I was ministering overseas. She used to say, “Mother, I can tell the minute you get up to teach on spiritual warfare!”

One night I was in a city in southern Argentina and Mary was back home in Texas. As I lay down to sleep, a dark presence filled the room. Both my roommate, Doris Cabrerra, and I felt it.

At the same time, a dark presence appeared in Mary’s room back home. After I got home and Mary told me about what happened, I asked her, “Why didn’t you wake your daddy to help you pray?”

“Oh, Mother, it was just a demon, and I knew what to do,” she said. “Why bother Daddy and wake him up in the middle of the night?”

Raising prophetic children can be an adventure, that’s for sure. Here are a number of practical tips I’ve learned during the years:

1. Teach your kids about the spirit realm. I talked to my children about demonic powers and angels from an early age because they were seeing both.

2. Encourage them to intercede. Pray with your children and listen to their prayers. If they begin to pray prophetically, talk to them about it.

For instance, they may pray for their sick grandmother without knowing in advance that she is ill. Find out if indeed Grandma hasn’t been feeling well and then give a report to the children. Build them up in their most holy faith.

3. Teach them the Word and their authority and security in Jesus Christ. Read Bible stories to them as well as stories of heroes and heroines of the Christian faith.

4. Pray with your prayer partners for them.

5. Watch and see if they have any major personality changes. Sometimes prophetic children will be attacked by demonic spirits or demonic spirit guides. These can take the form of imaginary friends.

Although it is possible the children are simply pretending, I would quiz them to see what the “friends” are telling them. It may be that demons are trying to control them by masquerading as “friends.”

Demons may also manifest themselves as cartoon characters. Many prophetic children have reported that cartoon personalities appeared to them and told them such things as, “Don’t obey your parents” or “Why don’t you run away?”

I remember Daniel getting up for breakfast one morning when he was 3 years old and announcing to me, “Mommy, a Spiderman was on my bed last night.” Immediately I knew that a demon had taken the form of a spider-type man to try to trick him.

“Daniel,” I countered, “he is not your friend. He is a demon. Rebuke him and tell him to go.”

At this, Daniel spouted out in a clear voice, “In Jesus’ name, go!”

6. Listen to them. Prophetic children–even the most strong-willed ones–tend to be sensitive in nature. They may be suffering demonic attacks in the night and need your help.

One of my prayer partners, Sandy Grady, told me that when she was a child, spirits would come around her bed at night to torment her. Because her family was not Christian, they didn’t know how to help her.

When our kids were young, Daniel would tell us that his stuffed animals were moving around in the night. Mary would say that things with long claws were trying to grab her in the night from under her bed. Mike and I listened and took these concerns seriously.

7. Don’t let them watch horror movies. Scary films or TV shows just open the door to the spirit of fear.

Overdoing it can break their spirits and wound them.

We used to have a spoon in every room because Mary talked back so much. But we tried not to over-discipline her.

Sometimes other parents in our church would tell us we needed to discipline her more. Most of the time, these were parents of passive, compliant children who were no comparison to Mary. We had to ask God for help in finding a level of discipline that would do the job without breaking Mary’s spirit.

Today, as young adults, Mary and Daniel are operating in their God-given prophetic gifts. Now I can look back and thank God for giving me two prophetic kids. And I can thank Him for helping me through the challenges of raising them to be good stewards of the gifts He has given them.

I have learned from experience: God is faithful. He is the giver of life and the giver of all good gifts. That includes the prophetic gift, which has a significant place in the ministry of the church.

He will be faithful to give you the wisdom you need to raise your prophetic child to be a blessing–to you and to the body of Christ.

Cindy Jacobs is founder and president of Generals of Intercession, an international intercessory prayer ministry based in Texas.