Eli (A Grandfather) Got a Second Chance

Kids in Ministry International News & Views Eli (A Grandfather) Got a Second Chance
May 6, 2014 beckyfischer 0 2 Comments 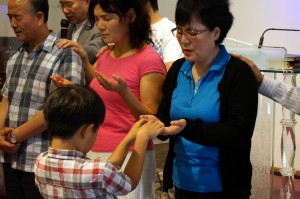 Have you ever wondered about Eli, the high priest in the Old Testament? What was he like as a father? We’re never told, but we do know his sons were a mess. Not only were they reprobates living horribly ungodly lives, but they did it publicly and in the process of their duties in the ministry!

Eli seemed completely unable to control them. Obviously he had no discipline measures established in the home. His sons didn’t seem to care a flip what their father thought of them or their actions. It makes you wonder if when they were young, did Eli put his ministry before his family? Is that why the boys were like they were? Was he an emotionally absent father–physically in the home, but completely emotionally detached from the family? Was he a passive personality father with strong-willed sons?

Or did he do everything “right,” but his sons backslid anyway?

The Bible is completely silent on this, so we don’t know. What we do know is for some reason God chose this man – who seemed to be a failure in parental skills–to raise one of the greatest prophets Israel ever had – the boy Samuel. By this time he was a grandfather.  For whatever he did wrong with his own sons, he seemed to get a second chance with Samuel. He taught him how to hear God’s voice–probably the most important thing he could have taught him from a spiritual perspective.

There’s no doubt many things we can learn from this story. But one of them is God is not looking at our failures and disqualifying us from taking a significant place in his kingdom. God sees a bigger picture, and Eli died leaving a great legacy behind him of having mentored a little boy who led God’s people for an entire generation.

Are you an Eli? Maybe your own kids didn’t turn out so well, and maybe they did. Now you have grandkids, and you want to do everything you can to make a positive impression on them for Christ. Either way, God is looking for grandparent (those with the wisdom of life’s and maybe a few bumps and bruises, to mentor this new Samuel generation. 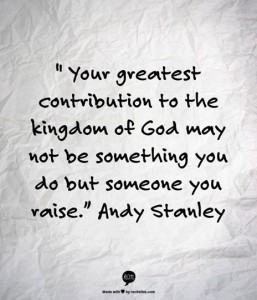 2 thoughts on “Eli (A Grandfather) Got a Second Chance”