Tomorrow night is New Year’s Eve. There will be lots of celebrating going on everywhere. I have Christian friends here on Facebook, where I originally posted this article, from probably 50 different nations from Europe to Africa to South America to Asia. I’ve got friends in the holiness denominations, and those is much more liberal churches. There is a huge wide variance in opinions on what may take place during that celebration, particularly in the area of alcohol. I have no interest in starting a debate on this. (By the way, I am writing specifically to born again Christians, not the general population.) Most likely any angry chatter that would fly back and forth here would not change anyone’s minds on what they believe.

But there is always the issue of our kids in topics like this. And kids is why I say anything at all. I have heard it said that what we do in moderation our kids will do in excess. In other words, my generation’s alcohol will be my children’s and grandchildren’s marijuana.

Here in America binge drinking is the highest in the world, especially among our females 18-34, higher than in any other developed nation. But Europe is not off the hook, even though drinking is supposed to be more socially “balanced.” Britain is the binge capital of Europe, with Ireland close behind. Australia also has a drinking culture that is similar to that of the U.S. According to the Australian Bureau of Statistics, 37% of all citizens over the age of 15 reported binge drinking within two weeks of their response with males consistently drinking more than females in all age-groups. Surprising while Thailand only ranks fifth in the world for the most consumption of alcohol, excessive, high-risk drinking is a major cause of death and accidents in the country. (Check out the article on all of this on Arts.Mic http://buff.ly/1ZBLJHy) 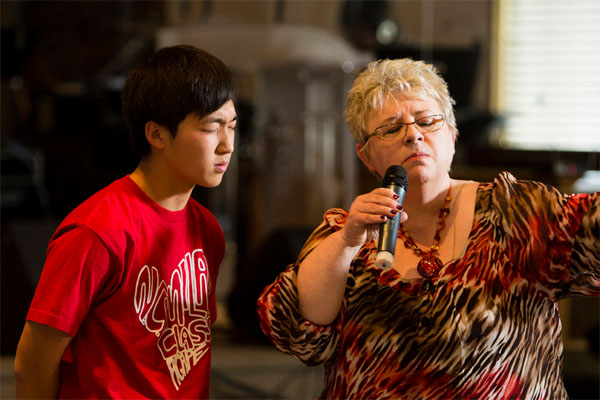 So, what about our kids? I am a Christ follower. A believer in Yeshua, the Messiah. In my mind that changes everything. Follow me as I follow Christ. That’s scriptural. All things are lawful for me. But all things are not expedient. I strongly believe my actions do affect and influence others in many ways, drinking alcohol would just be one of them. I want to set the best example for kids that I can.

I want them to see Jesus in me, and while Jesus may or may not have had a glass of wine (that is arguable depending on who you read after) and was a friends of sinners, I personally want to abstain from even the appearance of evil. When I was growing up, it was almost unheard of for Christians to drink alcohol. My, how times have changed! If the Church was simultaneously growing in holiness and godliness along with an increase of drinking alcohol, and getting stronger in their faith, that would be one thing. But just the opposite it true.

I don’t particularly like the taste of alcohol of any kind because it just wasn’t a part of our family culture, so it’s not a temptation at all. But I have people on my leadership team that do like alcohol and have no convictions against it, and scripturally it is allowed in moderation. Drunkenness is not, however, to the point that it says drunkards won’t make it to heaven. We have made the agreement that when representing Kids in Ministry on ministry events, to abstain altogether, even in cultures where it is common for Christians to drink.

The scriptures do seem to come down much stricter for bishops and ministers of the gospel, which I am. But I know plenty of pastors and preachers that do. I also know of more and more reports of many of them abusing alcohol too.

So having said all that, here is an article I found interesting: 50 Reasons Why I Don’t Drink by Jamie Morgan, CharismaNews.com. (See the full article here: http://buff.ly/1YTjAtg.) It’s got some great insight into this topic as Christians.

2. Alcohol has an assignment: destruction.

3. Alcohol is a depressant. Anything that depresses should be avoided at all costs.

4. I don’t want to make my brother or sister stumble in the name of exercising my “Christian liberties.” My choice to drink could lead to someone’s demise.

6. Alcohol leaves me worse, not better.

7. What I do in moderation, my children will do in excess.

8. Even the unsaved know I shouldn’t drink. Bible in one hand, beer in the other — any lost person could point this out as a confusing contradiction.

9. Alcohol doesn’t bring others closer to the Lord when they see me drinking, but farther away.

10. Alcohol doesn’t bring me closer to the Lord when I drink, but farther away.

11. I want to be fully awake and ready for the return of Christ, not drowsy, sluggish and fuzzy.

12. Show me a family where alcohol has made a positive difference in their lives. You won’t be able to.

13. I have never heard anyone say, “Wow, that gin and tonic made me feel so Christ-like!”

14. I want to avoid all appearances of evil.

15. Alcohol makes it much harder for me to practice the fruit of self-control.

16. Alcohol causes me to lose my filter.

17. Alcohol is a mind-altering, legal drug.

19. Alcohol is a numbing agent for pain and sorrow that only Jesus can heal.

20. Many regrets are associated with alcohol. (I can give you a whole bunch!)

21. No one has ever said, “If only I had taken a drink, things wouldn’t have gotten out of control.”

22. Alcohol causes me to act in ways I normally wouldn’t.

24. Alcohol is a counterfeit, and provides a false peace.

25. The Bible says that no drunkards will enter the kingdom of God. Being drunk starts with one drink. I don’t want to see how far outside the lines I can color when eternity is at stake.

26. Alcohol is a waster – money, gifts and talents, destinies, etc.

27. Alcohol leads to really bad behavior. It is a factor in 50% of violent crimes.

28. Alcohol distracts and derails you from living the the victorious life for which Christ died.

29. Wisdom is the principle thing that I need to pursue at all cost; alcohol makes me stupid.

30. Alcohol has ruined many, many marriages.

32. The Bible tells me to be alert; alcohol delays my reaction time.

35. Don’t want your teenagers to drink? Yep, same reasons apply to you.

41. When the world sees us drinking, it sends the message that Jesus isn’t enough.

43. Christians are called to live a life of total surrender and separation from the world.

44. Alcohol makes me forget. It can make me forget that I am married, that I am saved, etc.

45. “I don’t get drunk. I only have one or two drinks.” If they didn’t affect you, you would drink soda.

46. I should never look to the glass or bottle for joy which can only be found in the Lord Jesus Christ.

48. If it could hinder my faith walk, love walk or dishonor the lordship of Jesus Christ, I need to forsake it.

49. Alcohol doesn’t help me run the race that Jesus has marked before me to finish with more accuracy. It does the polar opposite.

50. For any argument that tries to justify Christian drinking, there are at least 50 other reasons not to. The writing is on wall. It’s not God’s best for Christians to drink.