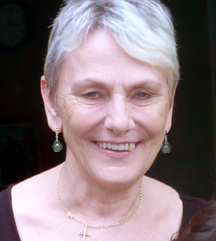 Anja lives in Brisbane with her husband Angel. They have three sons. She has served in children’s ministry for over 25 years; eight of those as the children’s pastor of Dunamis Christian Center in Brisbane. Anja already carried the vision of ushering children into the presence of God and would see wonderful manifestations of the Spirit during their annual “Kids Kamps.” But as so often happens, within a few weeks, the “emotional impact” would wear off and the children went back to the way they were before camp. She knew there had to be more. God led her to the KIMI website where she began to read Becky’s books and use the KIMI curriculums. Finally she began to see the permanent lasting changes she had desired in her church children.

Shortly after she found the KIMI website, God began to stir her heart in such a way that she knew one day she would be involved with Kids in Ministry International. God actually spoke a timeline for her and by faith, without ever having met Becky or talked to her about the possibility of working together, Anja told her pastor that on a certain date and certain year she would be resigning the church in order to work for KIMI. She didn’t know how it was going to happen, but simply waited for God to put the details together. On the exact month and year God spoke to her, Becky was on a ministry trip to Australia, and asked to meet with Anja. It was on that trip Anja was invited to represent KIMI for a trial year to see if it was a good fit for both of them. Within one year she was installed as the official director of KIMI Australia which now holds non-profit status in her country. God spoke to Anja and told her to duplicate Kids in Ministry in her nation, and she has done an amazing job of it. 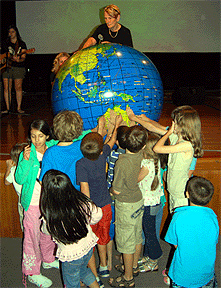 To date Anja has trained 66 PowerClub leaders and there are at least five official PowerClubs going to date. Well over 1,000 children have been ministered to through KIMI Australia.

Anja is a certified graduate of KIMI’s School of Supernatural Children’s Ministry and is available to conduct training seminars in churches as well as training and equipping PowerClub leaders, helping them launch PowerClubs in their cities and neighborhoods. She also prints and publishes all of the KIMI books, curriculums, and CDs and DVDS in Australia which is a great blessing to the people of Australia saving them heaps on shipping and custom costs. We highly recommend churches to invite Anja to train their children’s ministry teams as well as minister to their children.

VISIT OUR KIMI AUSTRALIA WEBSITE TO SEE WHAT IS GOING ON WITH KIMI IN OUR NATION! 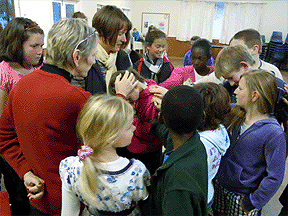