Pay Attention to What the Children Are Saying & Praying!

Kids in Ministry International News & Views Pay Attention to What the Children Are Saying & Praying!

POWERFUL!! PAY ATTENTION! This prophetic word comes from Lana Vawser,and it is so in line with what we know to be happening in our ministry and many other like-minded kids ministries worldwide! This year I have been deeply stirred to challenge kids ministers to teach their children to become true intercessors. For far to long we have been satisfied with the “cute” little prayers we teach our kids to memorize: “Now I lay me down to sleep,” or Come Lord Jesus be our guest, and to us this food be blessed!”

Come on! Get with the program! Get real! HE WHO HAS EARS TO HEAR, HEAR WHAT THE SPIRIT IS SAYING!!!! Start teaching your children how to really pray!!!! If you want to see what that looks like, just watch the movie Jesus Camp. It was a PRAYER CONFERENCE for kids, and it rattled hell like few movies have! No wonder there has been such backlash! The Devil hates it when children pray!

In a powerful prophetic word by Lana Vawser called “UNITED STATES OF AMERICA – SURPRISED BY FIRE!!” (www.lanavawser.com) Lana hits the nail on the head about the role of Christian children in today’s world. She writes:

“This morning  (March 29, 2016) I had a vision and I was taken up above the United States of America and I could see the enemy and demonic forces with all his schemes and plots to stir up darkness across the United States.

As I am watching the enemy and his demons attempting to stir up these whirlwinds of darkness across the nation, suddenly my vision became very focused and “zoomed” in.

I saw children kneeling beside their bed crying out to Jesus on behalf of their nation. I watched as the children prayed and I saw Jesus standing beside them. They were having encounters with Jesus and the Lord was sharing messages from His heart concerning the heart of the nation.

As these children prayed, children of all ages, I saw them beside their bed praying with such childlike faith and purity and then they got up and walked to their windows. 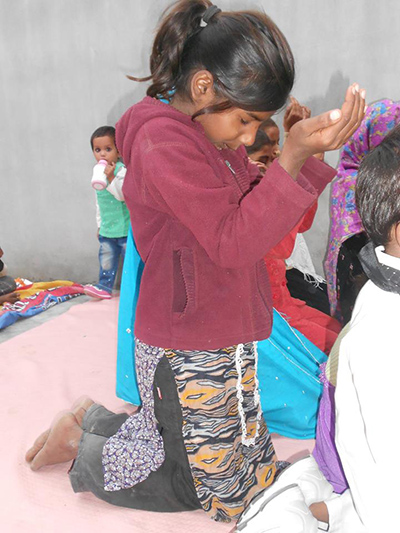 As I am watching this I heard the words “Pay attention to the children and what they are saying and praying in this season, as they are arising across the nation with prophetic words of hope and freedom for the heart of the nation. Many will be awestruck at My Glory released through what the children declare and unlock in the spirit in this season… Watch, watch, watch, for the truths and breakthrough that will come “OUT OF THE MOUTHS OF BABES”

“Do you hear what these children are saying?” they asked him. “Yes,” replied Jesus, “have you never read, “‘From the lips of children and infants you, Lord, have called forth your praise’?” (Matthew 21:16)

I saw an army of children rising up, awakened to His love and power, moving forward in childlike faith and purity and signs and wonders exploding all over!!! A mighty move of God is being released through children, exploding onto the streets and bringing healing, restoration, freedom and encounter with Jesus!

As the children declared and prayed, there were changes taking place in the spirit all over the nation.

I am then taken up above the nation a second time and I can see little lights shining everywhere and they were all the children in the nation praying and declaring His truth.

I then saw other lights flickering and appearing all across the USA. These were youth and adults and they were praying for the nation and seeking the heart of God.

Suddenly there was a thunderous roar from heaven and I saw fire falling and it was sweeping through the all the areas where these flickering lights were. It was a rapid move of His fire. As the fire of God swept through these houses, churches and places where people had gathered to pray, sudden awakenings, freedom, healings and transformations were taking place. It was like I was watching Penetecost explode in every place that the fire of God swept through.

As each person from children, to youth, to adults embraced His fire, the burning fire of His love, they were awakened and alive like they had never been before. They felt more alive than ever! The revelation and awakening to John 10:10 was exploding in hearts and homes as they saw Him! As the fire of His love fell and changed everything.

As the fire of God swept through these houses and places I saw people who were “carrying and holding walls” of prejudices, protection, entitlement and offenses were being thrown into the fire. A great freedom and deliverance was taking place all across the nation in the homes and lives of believers.

Instantly I heard what sounded like a loud trumpet. It sounded like a clarion call, a call to war but the atmosphere was filled with such love and awakening! I saw people all across the nation from the children to the youth to adults, hearing the call, hearts stirred at His call. It was a call to UNITY again!

Instantly people were running from out of their houses and different places with hearts burning for unity and they ran outside, into streets, churches, everywhere and they were finding their brothers and sisters in Christ and reaching out. Hands were joining all across the nation. Lines upon lines upon lines of hands connecting, hearts connecting.. All for one cause… JESUS!

From different backgrounds, denominations, different walks of life, and different life stages, they were joining hands. A MIGHTY move of the Spirit is taking place across the nation joining the body as one like never before.

I then noticed standing behind them hand in hand were angelic hosts. Angels of fire had taken their place.

Then in one accord I heard God’s people begin to sing. As I leaned in closer I heard from the children to the youth to the adults all singing their own songs of praise to Jesus! Different songs, different expressions, different words all around the nation as they stood together. Even though they were all singing their own song of praise to Him, all their individual sounds were joining together and there was ONE LOUD CRY of intercession being boomed and declared into the heart of the nation. “DO IT AGAIN LORD!!!”

A cry for revival, a cry for awakening, a cry for a mighty move of the Spirit of God. A cry for Jesus to be glorified in this beautiful nation in exponential ways!

As God’s people praised Jesus, lifted Him high, declared life into the heart of the nation, I was then taken back to the start of the vision where I saw the enemy and his demons putting plots and schemes into place. Suddenly I saw more angelic hosts were being released from heaven and they were entering the United States unseen by the enemy, and they were positioning themselves above the enemy and where he was establishing his next move, when suddenly, I see the throne room and Jesus looks down at prayer bowls and He declares loudly “RELEASE!!!”.

The angelic hosts then released what I can only describe as balls of fire upon the enemy and instantly the plans of the enemy across the nation were being disintegrated. I wondered what the fire balls represented and as I did, a sense came over me that the Lord is igniting all the prayers and intercession that have echoed His heart for this nation with His fire, to bring an explosive move of His Spirit right across the nation. A great awakening!

Where the enemy was about to take ground, through the strategic prayers of the saints and standing together in unity, the Lord was “MAKING WAY”.

“I am making a way for the greatest awakening the United States has ever seen! United States get ready to be SURPRISED by fire! MY fire! A BAPTISM OF FIRE!!!!! The fire of My love exploding all across the nation.”

I saw it raining fire all over the United States, the darkest hardest places being impacted and changed by the fire of God and His beautiful love and fireworks began exploding all across the nation.

“LOUD expressions of My goodness and love are about to be seen all across the United States of America!”