They Just Don’t Get it! Rethinking Youth Ministry 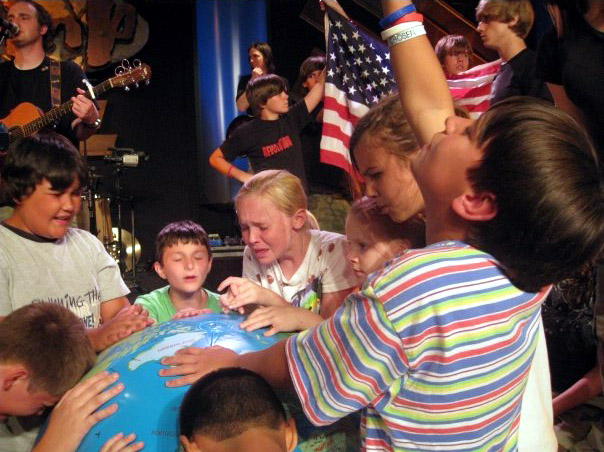 THEY JUST DON’T GET IT! Rethinking Youth Ministry

There’s has been a massive new interest in the last few years among churches and pastors who are rethinking youth ministry. It has gotten much attention because of surveys by Barna Research Group that report as many as 70% of our Christian teens and college age kids are leaving the Christian church and never returning.

The statistics are grim. Other well-respected organizations besides Barna have taken similar polls all with the same dismal reports. They include America’s Research Group, in cooperation with Answers in Genesis, LifeWay working for the Southern Baptist Convention, The Nehemiah Institute and others. Even Gallop Poll gets in and does surveys on the spiritual temperature of today’s youth, and it’s not encouraging.

Pastor Scott Brown writes in his book, A Weed in the Church, “Almost everyone involved in youth ministry agrees that something is wrong. But how bad is it really? It is bad enough that it is stimulating a lot of interest in youth ministry circles and visible enough for major news outlets and research organizations to report on it. The public collapse of modern youth ministry is reaching such legendary proportions that people involved in various functions of church life want to talk about how to repair it. 1

His point–it’s time to be rethinking youth ministry.

Many books are being written on this crisis, such as Ron Luce who wrote “Battle Cry for a Generation” and “The Last Christian Generation.” Barna wrote “Real Teens.” Ken Ham of Answers in Genesis chronicled the ongoing calamity in his books, “Already Gone” and “Already Compromised.” David Kinnaman, researcher for Barna, wrote “You Lost Me.” I could list more.

The point is there’s a known crisis in the Christian church in regards to our youth. And thank fully many church leaders have been jolted enough that they have jumped to attention, beefed up their youth programs, and invested a lot more money, started watching more closely, taken on paid vs. volunteer youth pastors, added more programs to keep them involved, and so on.

The Problem Starts Long Before

I’m very grateful for this. Anything we can do as the body of Christ to focus on the young is a blessing. These churches and leaders should be applauded for their efforts. However, as a children’s minister who has studied and read volumes about kids and children under the age of thirteen for almost twenty years, my educated opinion is “they” (the majority of church leaders and pastors) just don’t get it. They are trying to put out the fires that started long before this generation became teenagers and college youth.

I talk with parents and children’s ministers all over the world of what is actually going on in the trenches of their churches. I talk to children and young people internationally. And there is no doubt in my mind the problem starts long before our kids go to our youth groups.

For instance, Barna Research says the average 13 year olds they surveyed say they do not plan to continue going to church in their teen and young adult years. They feel they know everything there is to know about God and the Bible and have no further reason for attending. That’s thirteen. This means, they didn’t just have a 13th birthday party and come to this conclusion. They’ve been thinking about this awhile—like for a couple of years already!

Britt Beemer chairman of America’s Research Group writes in Already Gone, “We found out that we were losing our kids in elementary school, middle school, and high school rather than in college. Then we found out that Sunday school is one of the reasons why. The “Sunday school syndrome” is contributing to the epidemic, rather than helping alleviate it. These numbers are statistically significant and absolutely contrary to what we would expect. This is a brutal wake-up call for the Church, showing how our programs and our approaches to Christian education are failing dismally.”2

I Was Already Saying That

Our ministry has been saying this since the day we began, back in 2001. I already knew it by experience. Fortunately Barna came out with his book, Transforming Children into spiritual Champions, the same year. Their research gave me the teeth I needed to back up what I already knew but had no proof.

What makes me the saddest is statistically, the generation who were kids when I began ten years ago are already in their teens and college age years. According to Barna, spiritually they are cast in stone. By the time a child is 5, his belief system is set in place. By the age of nine or ten, his morals are fixed. What they believed about God, the Bible, Christianity, and so forth by the age of thirteen is now a part of who they are. Short of a miracle of God it will never change.

We don’t have time to even discuss the frightening stats about their ungodly lifestyles, their lack of biblical knowledge thus the frightening lack of a biblical worldview.  This now determines how they will vote, how they will raise their own families, and how the fabric of our society will be woven in the days to come. In many ways, the Christian church has nearly lost an entire generation. Of course, there are always exceptions. We all know some of them. But to lose 7 out of 10 kids to the world? There is no way that’s a victory.

Something’s Got to Change

Children’s ministry MUST be redefined immediately if we are going to rescue the next upcoming generation, the oldest of whom are already at least nine and ten years old. Will you care enough to do something about it? It’s going to take work. It means changing directions, and forming new habits. It means parenting our children and grandchildren differently in the days ahead.

Don’t focus on the teenagers. Let’s turn our focus to boys and girls. Let’s rethink children’s ministry. It has to be shaken from the ground up and all the sacred cows need to be ground to powder before it’s too late. It’s not good enough that “grandma” did Sunday School so if it’s goog enough for grandma, it’s good enough for us. Let’s tear down our blindness, and complacenecy, and take a good hard look at what we are doing in our churches AND in our families to change the outcome in the days to come.

If we do this, the teenage years will take care of themselves.