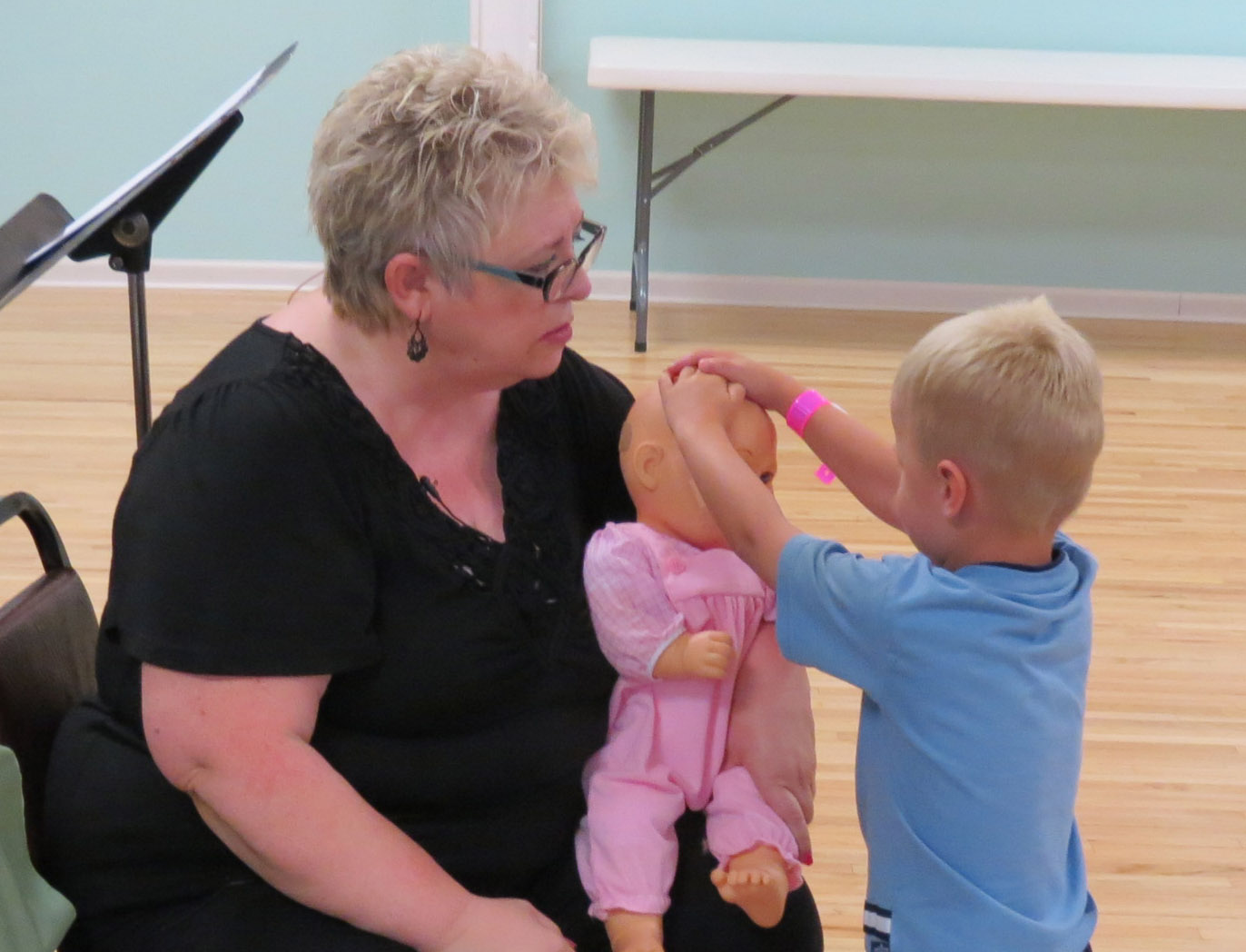 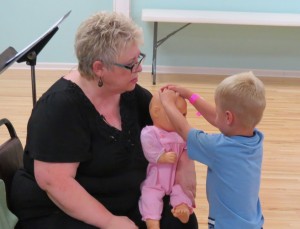 I just have to share an exciting testimony that came in to our office this week. It’s from a church in Pennsylvania about a little boy named Joey, who was six years old, and healing the sick. His mother gave a testimony before the church about her son and someone transcribed it and sent it to us. According to the church leader who sent us the testimony, his mom and grandmother have been teaching from our preschool curriculum (Preschoolers in His Presence) for over a year now. What you need to know about our preschool curriculum is that we teach the little children about how to follow the voice of the Holy Spirit and about healing the sick, as well as other topics. This is a curriculum written for 3 to 5-year-old children.

According to the testimony, Joey’s aunt was extremely ill. She was so ill that they were not accepting visitors. But one day little Joey decided that he needed to go and pray for his aunt Mindy. He specifically said he wanted to pray for her in Jesus name so she could be healed. He said, she may not get healed today, but she will be healed by tomorrow.

Everyone discouraged him. They told Joey that they wouldn’t let him in to see her. Mindy’s son told them not to bother to come. They said “if you do, we won’t let you in. She’s too sick.” But Joey was so insistent. He said, “oh, I’m going down to their house and I will lay hands on their mom and I will heal her in Jesus name!”

It was hard to resist him, and they ended up going to Mindy’s house. When they got there in the son, Mike, was not going to let them in. But when they got there, instead of stopping him, Mike to stepped aside and let Joey go in with his mom. 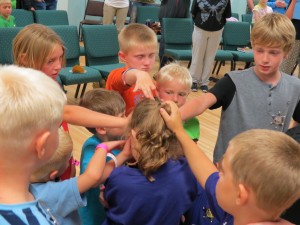 Here’s the testimony of the mother. “As we got into the house, I was shocked at how my sister looked. I hardly recognized her. She was so weak. She didn’t even lift her head off the couch where she was laying covered up. She just opened her eyes and looked at us.

“Her skin was pale, there were dark circles under her sunken eyes. There were beads of sweat on her for head and to look at her face. You would think she was dying. To see her that way broke my heart. I wavered thinking maybe we should just leave, or that maybe I should’ve left Joey in the car. But we had come this far and I couldn’t stop them now.

“I walked in and she showed me these huge red rock blisters on the back of her throat that were huge, and she said they were rock hard. Joey started to come in the room, but she said not to let him in, that she didn’t even want me there. Joey looked at her and said, ‘I came to pray for you. I’m going to heal you in Jesus’ name.’ They just stared at one another silently like they were having a conversation that both of them understood. And she relented.

Joey Began to Pray with Authority

“Joey put his hand on her head, then took it off again with a puzzled look. She said, “My head is really hard isn’t? He just smiled and put his hand back on her head and said, heavenly father, I ask you to touch my and Mindy and that you will heal her, because we know by your stripes. She is healed. And I’m thanking you for her healing in Jesus name. Amen.

“As he was praying I open my eyes and stared in awe of the transformation I was witnessing. It was miraculous. If I hadn’t seen it for myself, I wouldn’t have believed it. The color began to rise back in her face. The something glossy eyes started to sparkle and shine. The person who was too weak to raise her head to see who was at the door actually sat up! She looked at Joey and said, “I may not get better all at once, but I will be healed by tomorrow.”

Mike came in and looked pretty shocked to see my sister. He said that he had tried to stop Joey from coming in, but he couldn’t and he didn’t know why. Mindy said it was because he was sent from God. He was the answer to my prayers, she said. Then she stood up and started walking around looking candy and snacks to give to Joey.

She Was a Different Person When They Left 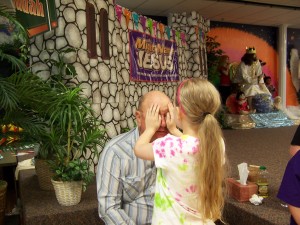 “When we walked out a few minutes later she looked like a completely different person than the one I saw when I walked in,” said the mother. “As I was leaving, Mindy said, tell little pastor Joe, thank you. And that I feel better already. They got into the car and left and Joey said, and Mindy is healed mom. Not a question, nor a comment. It was a commanding bold faith-filled statement.”

The person who sent me the letter gave a follow-up testimony. She said, “Last week Joey had blisters on his throat and his mom wanted to give him medicine. But he told her no, that he is Pastor Joe, and God will heal him.” He went to bed that night and God did heal him! He woke up the next day with no blisters.”

We give God all the glory! We have to understand the potential of even the smallest children. When they are taught to do the word of God, and shown what to do, they will step out in greater faith than 95% of all adults who claim they believe the word of God. We must train the little children!

You would like to find out more details about our curriculum Preschoolers in His Presence, click here.

Listen to our Radio Blog “Kids Who Heal the Sick.”

Tags : #children and the supernatural #children healing the sick #heal in Jesus' name #kids can heal the sick #train the little children