In Liberia The Church Has No Place for the Children!!!

Kids in Ministry International News & Views In Liberia The Church Has No Place for the Children!!!

The Macedonian Call in Africa

This is what happened in the Africa nation of Liberia where 43% of the population is between the ages of 0-14. (By comparison the USA has about 27% percent children in the total population.) Thus the Macedonian call in Liberia, as in many other nations, is still, “Please come over here and teach us how to reach the children.” 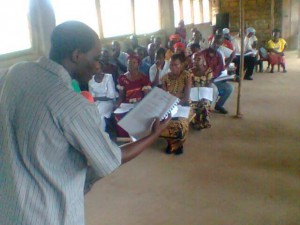 In response, one of our key apostolic KIMI leaders, Pamela Ayres, planned, organized and sponsored in the African nation of Liberia. It was our very first time of ministering in this nation of great civil unrest.

(Some interesting history about Liberia: Beginning in 1820, the region was colonized by blacks from the United States, most of whom were freed slaves.  These immigrants established a new country with the help of the American Colonization Society, a private organization which believed that former slaves would have greater freedom and equality in Africa. African captives freed from slave ships were also sent there instead of being repatriated to their countries of origin. In 1847, this new country became the Republic of Liberia.  Today, Liberia is slowly recovering from the lingering effects of the civil wars and traumatic economic upheaval, although about 85% of the population continue to live below the international poverty line, which is about $1 per day.)

A Landmark Trip for KIMI 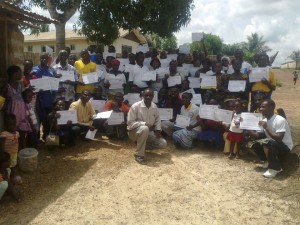 In an effort to cut down on the expenses, Pamela did not go herself. Instead, she sent two of our best African leaders, Pastor Paul Mwangi and Pastor Francis Opoku, to conduct the PowerClub Training events. Africans teaching Africans! A milestone in our goal of training national leaders to take this vision as their own. Still, it was a $5,000 trip for the bare necessities.

To try to save on money, Pamela required those attending to furnish their own food and pay for the venue. This seemed a reasonable exchange since we provided all of the other expenses including printed training manuals and curriculums for the children. This was intended to encourage the Africans to invest in their own education. What we good ole’ Americans failed to understand about this new country we had never been in before, even though we’ve been in many African nations, is that the people of Liberia work daily just to make money enough for food for themselves and their dependents for that day.

Willing to Make the Sacrifice

But in spite of this these Liberians were willing to make the a great sacrifice–going hungry–so they could come and be trained to minister to children! The fruit of this trip was that seven teams conducted their first PowerClub meetings, reaching a total of 351 children. Two hundred and seven of them made first time personal decisions to accept Christ. Two were baptized in the Holy Spirit, and a total of seventy men and women were certified as PowerClub leaders. We are now officially launched in the new nation of Liberia! 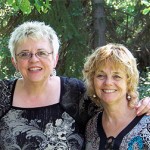 Here’s Pamela wrote in her newsletter about Liberia…..

“Christians in Liberia were awakened to the need and joy of children’s ministry during the KIMI-Africa PowerClub (Training) School  in June.

“Behold these beautiful innocent Liberian children! We have done a disservice to them,” said one of the pastors, “They had no place in the church, or the body of Christ. But now they have found a place, and a destiny to grow and be active members, ministers in the body of Christ. Liberia for Christ!”

Of the 138 churches in Kakata, Liberia, only three had vision for children’s ministry! Now in schools, churches, and the neighborhoods there are 14 working PowerClubs and up to 21 more planned to begin.  In the end, we expect 1600 children to be receiving the opportunity to encounter their God and learn His voice! 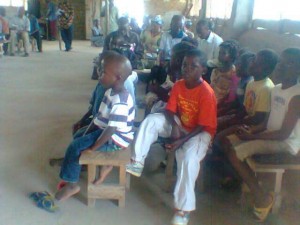 One of the pastors said, “Thanks so much for sending the team that opened our eyes that were closed to children’s work. God has raised up PowerClubs for the end time generation as a strategy to raise up this generation. We will spread this all over Liberia.”

The need for reaching the children of the world with the supernatural gospel is great. Thanks to supporters and friends such as you, we were able to make this historic trip.

Tragically, this is a part of the world where most churches have no children’s ministry of any kind because they see no spiritual value in children.

It costs money to go. Pamela had to press in and believe God for every dime to make this trip happen. But we are not going to let money keep us from responding to the cries in the spirit for help. There is no financial downturn, no recession, no high unemployment that is going to keep us from following the leading of the Spirit to continue reaching new nations. We have a saying here at KIMI, “If it’s God’s will, then it’s God’s bill.” And He has never failed us. But he does use people to meet natural needs here on earth.