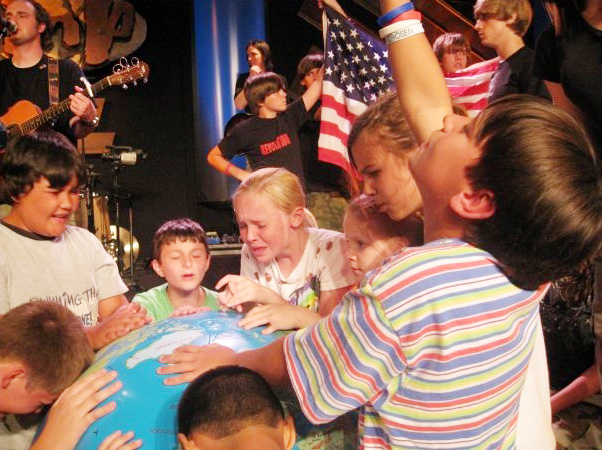 PROPHECIES REVEAL THE DESIRE AND HEART OF GOD FOR PEOPLE AND NATIONS. Some prophecies will come to pass by the will of God no matter what man does. Others will come to pass only if we press in and war with them before the throne of God. Such was the case when the Apostle Paul said to Timothy, “This charge I entrust to you, Timothy, my child, in accordance with the prophecies previously made about you, that by them you may wage the good warfare.” (2 Timothy 1:18)

Below is an amazing prophetic word about this generation (Gen Z) that brings us hope in a very dark scenario drowned in discouraging facts about today’s children and teens. There will be some who will be shining examples of the words below. But the vast majority need our prayers to see even a portion of the come to pass in their lives. By no means will this be automatic for the entire generation.

Do you wage warfare over your children and grandchildren in prayer? Do you pray over them relentlessly in the spirit? Do you pray over their friends, school mates, those who are in their sphere of influence? Do you go into their bedrooms and anoint their rooms and their beds with oil to break any influence that the world has over them? Do you take proactive responsibility for their spiritual growth and development? Or is your attitude “que sera sera – whatever will be will be”?

Claim these promises below. But don’t be so foolish to think you can do nothing and your children will automatically become what is being prophesied.

“More powerful than autobots and more anointed than you can imagine! A new generation is rising that will be seen as the JEREMIAH GENERATION! They’ll be Jerry’s kids full of the Word of God in their mouths and wearing no masks. God will be satisfied with their labors as the last days harvesters come streaming in!

Take a look at God’s call of Jeremiah and this Jeremiah Generation:

The word of the Lord came to me, saying, “Before I formed you in the womb I knew you, before you were born I set you apart; I appointed you as a prophet to the nations.”

But the Lord said to me, “Do not say, ‘I am only a child.’ You must go to everyone I send you to and say whatever I command you. Do not be afraid of them, for I am with you and will rescue you,” declares the Lord. Then the Lord reached out his hand and touched my mouth and said to me, “Now, I have put my words in your mouth.” Jeremiah 1:4-9

Sounds good! But listen to this…

“See, today I appoint you over nations and kingdoms to uproot and tear down, to destroy and overthrow, to build and to plant.” Jeremiah 1:10

The favor of God will soon fall on a generation of young adults that want nothing more than Jesus! God is the One who promotes and the One who gives favor… and God will lift up the LIGHT of His COUNTENANCE upon Jerry’s kids as they go forth sowing seeds of transformation and awakening.

They will UPROOT old mindsets, hierarchies of thinking that have boxed out the bigness of God and limited the Eternal to man’s old opinions and dusty doctrines of limitation. This uprooting will soon be seen by a captured generation of love sick worshippers, sold out for spiritual awakening.

They will TEAR DOWN the walls of division, competition, and cheezy outdated modes of ministry that never worked well in the first place. God will blind them to the traditions of men and give them piercing discernment for the truths of God. Acts 2.1 is now available for a heavenly download for this generation that has logged on to God’s Home Page!

They will BUILD UP the true House of Prayer, the House of Friends. Blueprints that have never been held by human hands will soon be dispatched to this generation of Jerry’s kids! With zeal they will build up highways of holiness and demonstrate the lowliness of carrying Christ’s cross!

They will PLANT seeds of a heavenly harvest. The Word that is in their mouth will become seeds in the soil of hungry souls. Miracles will water those seeds and cause them to sprout. Miracle Grow will fertilize the barren nations! The green shoots of a spiritual recovery can now be seen in the light of God’s day.

What will give them this authority? What will be the key for their appointment over nations??

It will be in their mouths, their minds, their dreams, their deeds, their decisions and their discoveries!

The Word is becoming flesh again with these walking tabernacles of His presence. I know it is true, I’ve seen them in my dreams… they’re on their way! Transformers who will shape the future and pull it into now.”

Author of the Passion Bible