Three Reasons Why Kids Should Pray in tongues 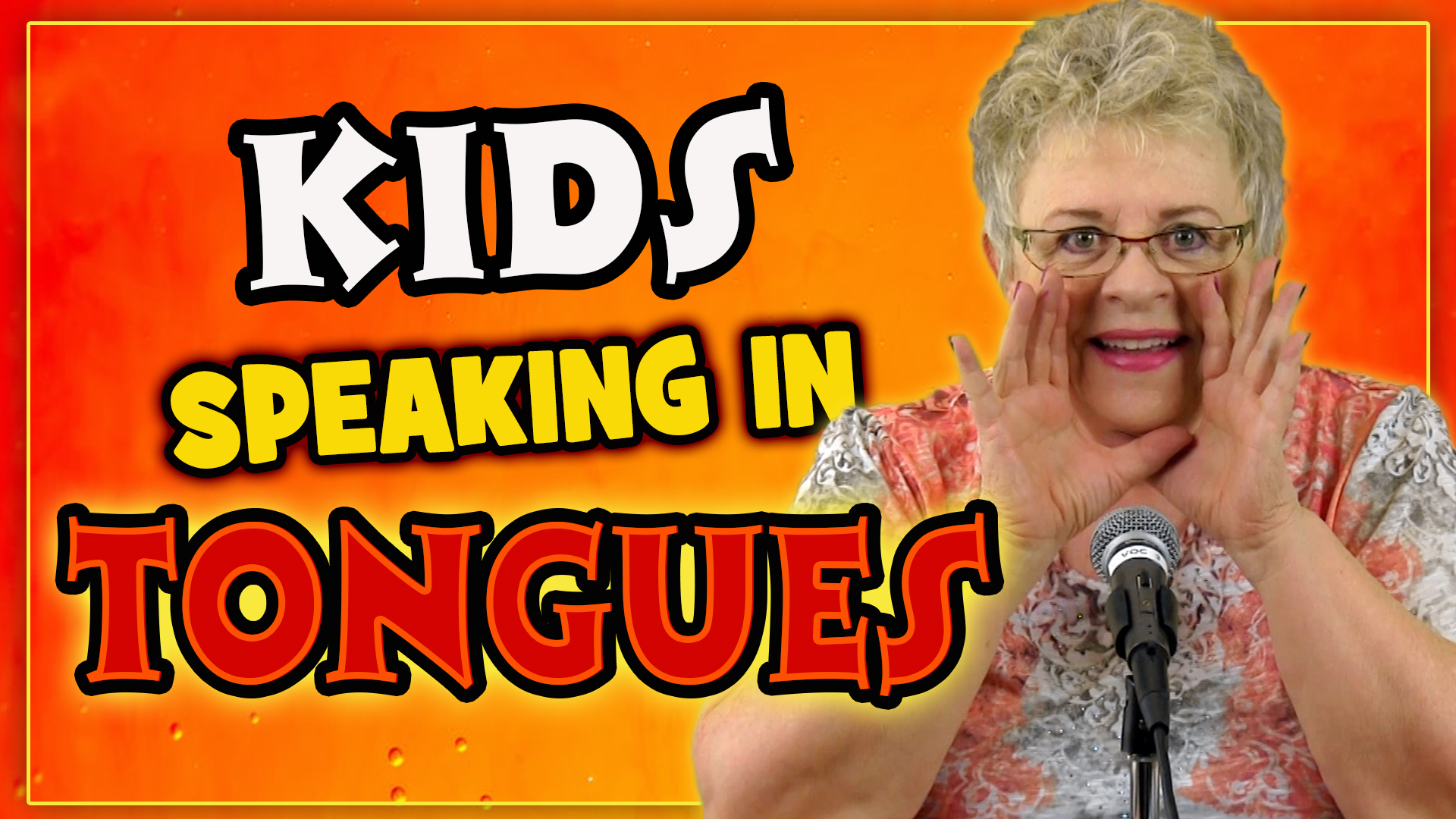 It happens so often kids if they aren’t taught right will speak in tongues when they first get filled with the Holy spirit, and then never speak in tongues again. Why is that? If you have an idea why that is, let me know in the comments below. In my experience, the primary reason is if they haven’t’ been taught the purpose of speaking in tongues, it just doesn’t make sense! It just seems like gibberish! And a big waste of time! But God wouldn’t waste his time giving us something that had no value. And our kids need to know that tongues is a gift, a tool, and a weapon. It has very specific purposes. And when you give a gift to someone, you expect them to use it.

Why Kids Need to Speak in Tongues

So, in this session I want to give you three biggest reasons I think kids would be most interested in speaking in tongues, even though there are many more reasons. And if you are interested in digging into this subject a little deeper, at the end of this podcast I’m going to recommend three of the best books I’ve found that really explains it well. I’m also going to give you a kid-friendly Powerpoint for you to teach your kids thirteen Bible reasons why praying in tongues is valuable! So stick around so you know how to get a copy. And while you’re at it, if you haven’t already done so be sure to subscribe to my channel.

God’s Will on Earth

This first point I want to make is for you adults, but I feel it’s important for us to lay some groundwork because too often even we have not been taught very much about this. Even though there are so many amazing benefits of praying in tongues there’s one that is almost never mentioned. That is that is helps God get his plans and purposes, or His will, into the earth. It would take an entire session by itself to be able to explain why from a biblical standpoint. But in a nutshell, though God rules heaven, he gave people or mankind dominion or authority on this earth. Remember that little detail from Genesis? It’s kind of like when a landlord rents an apartment to another family. Even though the landlord is still the owner, as long as that family is in that apartment, he can’t just come it and tell them how to live and what to do because the family has the authority in that house.

In a similar way God can’t legally just pop down here on earth and tell us people what to do because He gave us the authority here on earth. He can speak to our hearts, but we have the freedom to obey or not obey. That’s why he didn’t write the Bible all by Himself and drop it down out of the sky. He spoke to people and inspired them to write down what he was telling them, and they as human beings put God’s will on paper (or parchment) and got it into the earth.

It’s still the same today. He will speak through prophets, teachers, and pastors for instance.  He will speak to their hearts a message for their churches or the body of Christ, and when they speak out the inspiration from God, they are speaking his will into the earth so it can come to pass. It’s up to us whether we want to receive it or not. We have a free will.

Did you know that’s how tongues work too?

When we pray in tongues, the Bible says the Holy Spirit is actually praying through us. He is speaking through us and bypassing our thoughts and intellect so He can get His messages into the earth and we can’t screw it up with the filter of our own human interpretations. Matthew 10:20 says for it will not be you speaking, but the Spirit of your Father speaking through you. 1 Corinthians 14:13 says for if I pray in tongues my spirit is praying, but I don’t understand what I am saying.” Now get that – when I pray in tongues it is my spirit that is praying – not my mind.

What happens in our brains

In fact, in 2008, Penn State University did a study on what happens in the brain when people speak it tongues. They brought a variety of people into a room one at a time and wired up their brains to a monitor. They would then ask them to pray. They had nuns praying the rosary. They had Hindus doing their mantras. They had people reading scripture, and others just praying in their normal languages. Finally they brought in people who claimed to be able to speak in tongues. When they looked at all the data, they discovered that in every case the frontal lobes of each of the brains which are OUR speech centers were very active. Except in the case of those who had prayed in tongues. To their utter astonishment, the frontal lobes of those people went completely inactive. [VIDEO CLIP] The doctor said this was consistent with the beliefs of each person that they weren’t the ones speaking, but God was speaking through them.

OK let’s look at three reasons that kids might most likely feel that praying in tongues was valuable and important to THEM. You know they are just like us – they want to know WHAT’S IN IT FOR ME!

How do we get this wisdom from God? It’s by reading our Bibles and praying, especially in the Holy Ghost—praying in tongues! When we pray in tongues, the Holy Spirit begins to speak to us and tells us things we need to know. We begin to hear His voice on the inside of us much more loudly and clearly. We can ask Him what we need to know and He’ll give His thoughts and knowledge because He promised to give wisdom to those who ask. He loves to give His people wisdom.I tell kids it can even make them smarter in school! The Bible says that the Holy Spirit will teach us all things and bring all things He’s taught us back to our memory. So when we need to know something important, like things we have studied in school, the Holy Spirit can bring it back to you. When you take a test in school, you might get nervous, and can’t remember the answers, even though you studied hard. When you pray in tongues and ask him, the Holy Spirit will bring everything back to you, and you will do very well on your test. They can even pray in tongues silently while they are taking the test!

The number two reason it’s valuable for kids to pray in tongues is because it’s a secret weapon! It allows us to speak mysteries to God. Kids LOVE mysteries! They need to know that they received an outstanding spiritual weapon, when Father God gave us the ability to speak in tongues. Only Father God Himself understands this language. And He did that on purpose. It’s because He needs us to speak things into our world and declare what God wants to do in people’s lives without the Devil or demons, or anyone else knowing what He’s going to do. Our prayer languages are a secret weapon, like a key to opening up the power of God on earth. We are praying mysteries when we let the Holy Spirit pray through us. Even though we don’t know what we are saying, when our friends and our families are in trouble, or if we’re  having problems we don’t know how to solve, or we’re in danger, or just worried and confused, and we don’t know how to pray about it all, God can pray the right answers through us when we pray in tongues.

I tell kids that there are many stories of Christians who have been attacked by robbers and murderers, but they suddenly began crying out in their prayer languages (tongues). In some cases, the robbers became terrified and ran away. In some cases, the criminal’s eyes were opened to the spirit world, and they saw huge angels guarding these Christians. They would flee in terror. In other cases, when they heard these people praying in tongues, they thought they were crazy, and just ran away. The point is, their lives were saved! Praying in tongues can stop curses and witchcraft and can paralyze bad guys from doing bad things. So when they are in danger teach them to pray in tongues! It is a secret weapon God gave us to overcome the enemy.

Number three – kids need to know that many times when they are praying in tongues they are praying out God’s plan for their futures! Every kid wants to know what they will be when they grow up, but God is the only one who actually knows. And he’s had a plan for them from before they born that they are going to love. He even wrote that plan in a book!  There have been many great men and women of God with worldwide ministries like Patricia King and Benny Hinn who say that they are convinced the reason their ministries grew was because of the hours and hours they spent praying in tongues! Now, kids won’t know the names of those ministers, but all they need to know is that even when their playing in their yards, or riding their bikes etc. if they will pray in tongues while they are doing this that over time -and it won’t happen overnight—but if they are faithful to pray in tongues every day that over time God will begin to show them His amazing plan for their lives! They just have to be patient and faithful. Praying in tongues will make them feel very close to God! Remind them that even though their future seems far away right now, it will come very fast. And they need to know God’s plan for them is a good plan, to make their future bright and very meaningful. God needs them to help him with His great big plan of building His kingdom here on the earth! If they are faithful and they stay obedient to Him and pray faithfully slowly but surely God will reveal the part they have, or the plan for their lives. It’s a special plan that goes right along with all the talents and gifts He put inside of them when He made each one of them!

I actually wrote a great curriculum on the baptism in the Holy Spirit for children’s ministers to teach all of these things to their kids, but even parents can use these thing for family devotions or just to help them know what to talk to their kids about when the right moments come up in conversation.

And for you adults who want to dig deeper into this subject I highly recommend these three books for adults: Tongues, Beyond the Upper room by Kenneth E. Hagin, The Baptism in the Holy spirit by Apostle Guillermo Maldonado (both English and Spanish) and Diversities of tongues by Dr. Gregory A Uvieghara. All of these are available on Amazon.com. Or I have them linked below to make it easy for you.

Also, a few months ago, I did an interesting video teaching called, “Can Satan Understand you when you Speak in tongues?” It was definitely a conversation starter! I recommend you watch it, because this would be another really great point to make to kids about why praying in tongues is valuable.

I will see you next time. 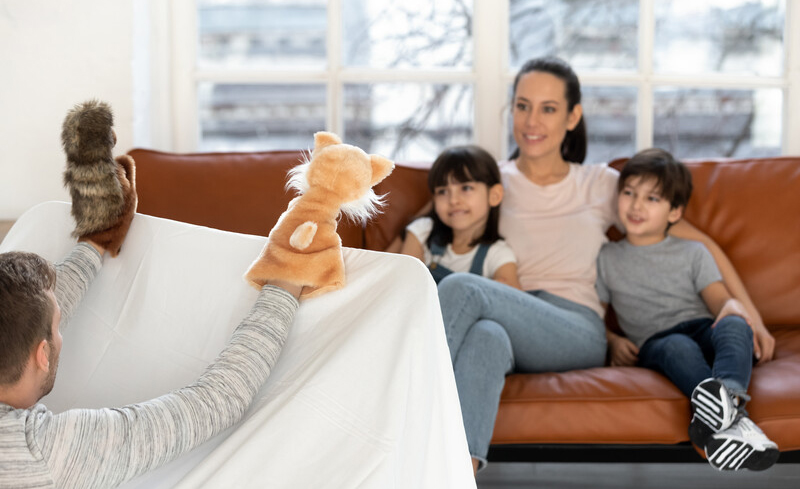 If God is Good Why Do Tragedies Happen?
Parents and children’s ministry leaders, HOW ARE YOU GOING TO ADDRESS WHAT HAPPENED IN TEXAS 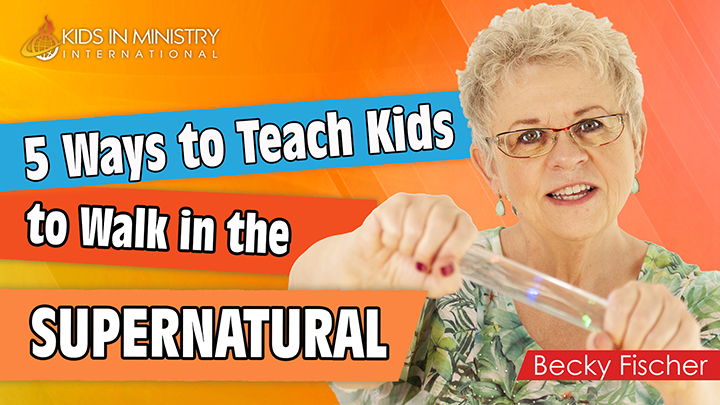 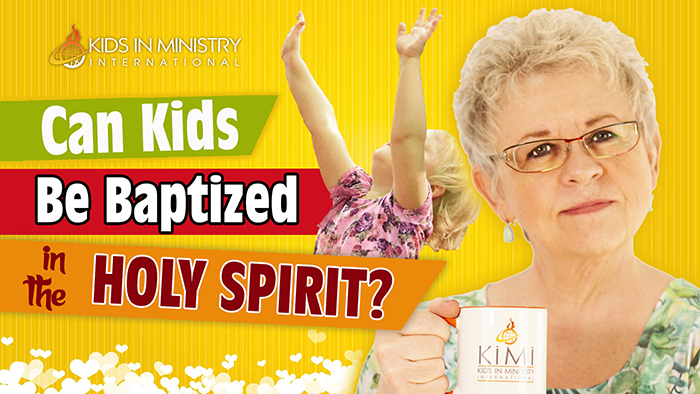