From Murders to Miracles in Africa!

Kids in Ministry International News & Views From Murders to Miracles in Africa!

We received some sobering news from our KIMI Burundi directors about the city where they were planning another PowerClub training this month. Travis and Astrid Withrow wrote, “We have a training planned in Kabonga, Burundi near to the Tanzania boarder. It has a high Muslim population. The last time we had a training there, there were shootings and grenade attacks.  The spiritual warfare has began [again], two nights ago we were phoned that two children in that area were brutally murdered.” 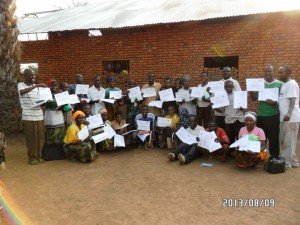 t seems some witches or witch doctors killed two children, drained their blood, and cut off their jaws for their witchcraft practices. Hard to believe this kind of thing still happens, isn’t it? As the dates got closer to the event, Astrid and Travis, who are westerners, were  told they would not be allowed into the area because it was too dangerous. So they were left with no choice but to send their two African helpers to go by themselves.

Spiritual warfare started well before the training, and the two indigenous leaders, Geoffrey and Juma, found themselves locked in a compound at the beginning of the day almost causing serious delays. They prayed for a miracle of keys. Someone “happened” to find an extra set of keys in a random place…..

At the beginning of day 3 the car refused to start for no apparent reason. Realizing there was no cause they prayed over the car, coming against every curse and attack in Jesus’ name, the car then started immediately. 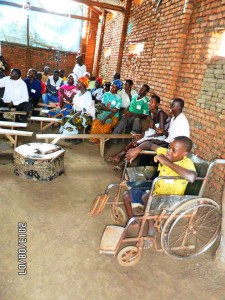 But God showed up in miraculous ways showing that no violence, witchcraft or murderous spirits can stop his power from transforming lives! In every way the PowerClub training was a success. Twenty five new leaders were trained and certified to lead PowerClubs in that city. Many adults and children came to know Jesus as savior through the demonstrations of how to conduct a PowerClub service.

Large numbers of people were healed from all types of illness, trainees were filled with the Holy Spirit and spoke in tongues for the first time. And an uncountable large number of children from the village ate each day with the participants. They only had 8 kg’s of rice and 10 kg’s of beans, just enough to barely feed 30 people. But least 50 adults and about another 100 kids ate from it until they were satisfied! Food multiplication is almost common when these Burundian teams go out and do PowerClub trainings! 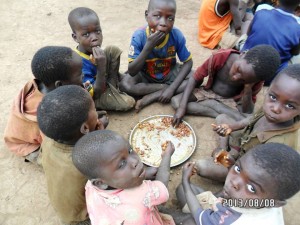 Astrid wrote on Facebook:  “Most participants confessed to be in children’s ministry without knowing why or how to do it. They thought it to be a service to the parents who could enjoy the main church service  uninterrupted. Showing them the many accounts in scripture where God chose children for divine purposes, the Holy Spirit started convicting each one, and a renewed understanding and vision took root in the hearts of the participants. 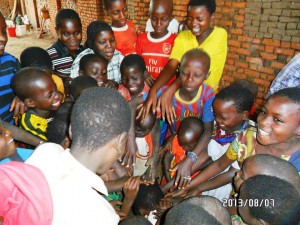 One woman confessed and repented to the Lord and the group that she did not raise and train her children in the ways of the Lord (Proverbs 22:6). That night she came home where her children, for the first time ever, happily greeted her, running towards her, recognizing the opportunity and her responsibility, she sat down with them to read the Bible and pray together.

Filled with the Holy Spirit

Many participants (20 out of 25) did not realize they needed to be filled with Holy Spirit to be empowered to minister to children. As they asked the Lord to fill them with His Spirit, many started speaking in tongues.

After the first day it was clear we would be short on food. There were so many more mouths to feed in this extremely poor area then expected. The team prayed for food multiplication, and the second day everyone stuffed themselves and uncountable (close to 100 estimated) children also ate. The same miracle happened on the third day!!! An amazing testimony of the Lord’s provision!

One of the participants came to the training feeling very sick. She listened to the training while laying on a mat. During the PowerClub demonstration the children prayed for her. Less than an hour later she was actively participating in the activities and running and playing around in perfect health!!! Many more healings happened throughout the three days in both kids and adults within the church and during the PC launchings in the village.

Kids in Ministry International is continuing to expand around the world through leaders like Astrid and Travis, and their helpers. To see the work of our other leaders, please click here. 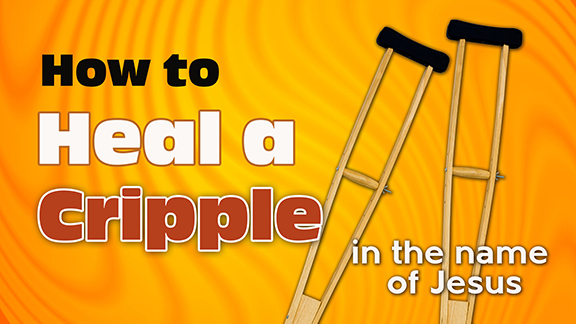