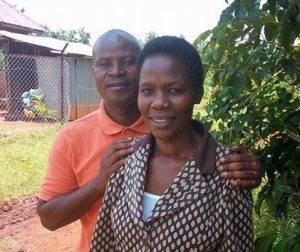 Ps David Cheni and wife Sarah, dedicated to KIMI and PowerClubs in eastern Uganda since 2007.

David and Sarah Cheni of Busia, Uganda, have planted PowerClubs in to reach orphans, needy children, and evangelize entire families and villages in eastern Uganda in and around the town of Busia. David and Sarah currently lead 152 active PowerClubs with over 7600 children in attendance every week! Many of them meet in the pubic schools. The Chenis have adopted 16 HIV orphans, also feeding other hungry children with little to no outside financial support.

David has started a Bible school to train regional pastors, who seldom get an opportunity to go to any Bible school.

David is the pastor of a local church of over 200 people, while also the founder and overseer of a “community school” of 300 children. Community schools are found in poor areas that cannot afford a typically funded government school. So, the people of the towns and villages find volunteers who have an education, who volunteer their time to teach the children.

In addition, David tells us that the area member of Parliament is 100% in support for the children’s move of God, and has donated chairs for their ministry.  David says he has asked the children to pray for him in the past because he trusts in the prayers of children. 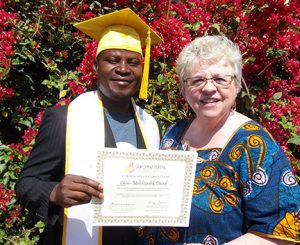 David says, “KIMI has brought a lot of big change in Uganda and we appreciate. Every church in Uganda wants this program for its really bringing the children in the presence of the throne.”

You can contact Pastor David Cheni Melchizedeck at David.cheni@yahoo.com or call him at +256 785255320

Testimonies from the Uganda PowerClubs

From Sarah Nabwire, leader of Chosen PowerClub:  My children can now sing power verses, take ten minutes praying and some are seen in deep intercession. One said that she saw Jesus giving them food while she was praying.

From Sylvia Lusweti of Mama Sylvia PowerClub:  I heard two children speak in tongues. I noticed another crying deeply during prayer. When I asked why she did so, she said that she found herself in tears when she started to feel for her parents who are not yet born again. She was asking the Lord to touch her parents’ hearts. 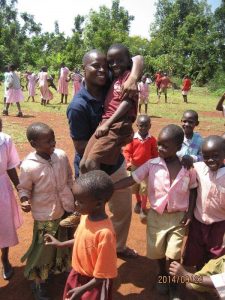 1 thought on “Kids in Ministry Uganda”